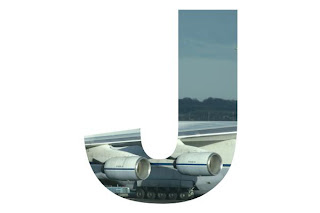 
Jargon- Words that are potentially confusing to most people either because they are highly specific to a field (like medical or police jargon) or because they are words with common meanings used differently in certain fields.  A biologist, a psychologist, and an engineer all use the word "stress" very differently, for example.  Go onto a video game developer's web page and tell them that Portal is a great game but doesn't have a very good "plot or story" if you'd like to have a demonstration of this.  Just wear your fire retardant gear.

Jeremiad- So Jeremiah (the prophet, not the unfriendly bullfrog) pretty much blamed everything that was going wrong with Israel on the fact that they though "covenant" meant "mostly optional."  As a literary term it refers to any use of high, flowery, bombastic language to blame the current woes of a society on it's morality.  Basically what every evangelical does when they blame hurricanes and mass shootings on the fact that people who love each other deign to want to get married.

Juvenile- Another term for Young Adult (or YA) literature.  Also how you characterize another person's online argument when it conforms to two criteria: 1) it contains a logical fallacy and 2) you disagree with it.  (If you agree with it you say "So true!" and if it is logically sound you make fun of the person's grammar.)

Juxtaposition- Literally this means the placement of two unalike things near each other which is why it can be used in math.  In writing it can mean the simple closeness of unlike ideas like the phrase ""Injustice anywhere is a threat to justice everywhere." -Martin Luther King Jr.  In literature it is a term that is primarily overused by undergrads who don't know what to talk about when they're doing critical analysis, but it is occasionally used correctly to point out how two elements work in tandem in a way that they would not alone.  For example, having a megachurch next door to an adult theater in the setting will immediately give readers a sense of the neighborhood.  The contrast itself brings out something new.  (Like sweet and sour chicken or hot and spicy soup or...I might be hungry.)  God might seem good, and Satan might seem bad, but when Milton has them hanging out together in Paradise Lost, you REALLY get a sense of each. 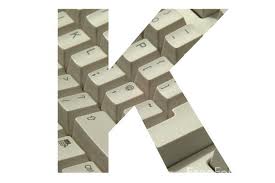 Kenning- Language play that wouldn't exist if prescriptivists ruled the world.  It is the combination of two words (the... juxtapositioning of them if you will) that leads to a whole new idea.  It was more common in middle English but you still see it done today.  "Beer goggles" would be a great example.  "Tramp stamp" would be another.  I'm working hard to get chair brain picked up, but it's slow going.

Kinesics- The reason you lost friends over that stupid e-mail.  This is the part of communication that happens with body language, facial expression, and other non-linguistic cues.  To put it bluntly, communicating without kinesics is very, very hard, and it's the reason so many conversations go wrong and so many people say "you misunderstood me" online.  It's not exactly part of creative writing, but it's in this glossary because YOU HAVE TO KNOW THAT!!!  When you have no smirk or open body language, your light hearted thought might be read as venomous, and you can't fill your fiction with semi-colons, endashs, and P's.  When a writer is left only with the words themselves, and the word choice greatly affects tone then they must be good at choosing those words carefully.  Kinesics is probably one of the main reasons that people who don't read a lot and just watch TV and movies are almost never as good at writing as their sense of story, plot, character, irony, and pacing seems like it should make them.  It's because they're thinking with kinesics in mind and don't have the word choice/linguistic skill.

Creative Writing Terms Beginning With the Letter L
at January 09, 2013