I'm still working to bring you the next installment of A Demon's Rubicon, but I did want to take a moment and celebrate reaching 150,000.

That's the population of Salinas--the hometown of Nobel Laureate John Steinbeck.  Clearly this is the yardstick by which real writers are measured, and thus I will stop getting e-mails informing me that I'm not a real writer.  This is obviously the moment where I have arrived.

Most of the artists I know will never have their work exposed to this many people.  Not in a lifetime.  This is not me bragging, for many of the people I'm speaking of are far more talented, skilled, and artistic than I am.  I got here only by listening to experts, exploiting technology, guile, and being an absolutely unrepentant whore.

But far better artists than I struggle their whole lives to impress gatekeepers who do not let them pass, work through venues with less exposure, or simply are too timid to put their art out in the world in such a public way.  Musicians or performers who can get gigs with fifty seats would have to do 3000 shows.  Even if someone could fill a 300 seat auditorium for every performance, they would have to do 500 shows in a lifetime.  Painters would have to be in a moderate sized gallery for decades.  And even though I know not every visitor who winds up at Writing About Writing stops to read anything, it's neat to think about.

Don't get me wrong, plenty of artists have done these things--I'm still modest by most professional art/entertainment standards--but this kind of exposure tends to come to people who are really making their life about the art.  I feel like I'm starting to be in some really spectacular company--even if a bit undeservingly.

The average person only MEETS 100,000 people or so in their lifetimes (by a fairly generous estimate).  Imagine an artist who could get everyone they ever met to even just take a quick look at their art.  Everyone they ever met.  Of course fame brings with it numbers that are far larger than these, and some artists can get 150,000 hits by tweeting that they have a strange bump on their naughty bits.

As always, the thoughts running through my head are ones of gratitude and a tremendous sense honor.  I can drum up about 100 hits per article through self-promotion.  (Technically I can get more than that, but it starts to take hours of work and I'd rather be writing.)  That's about a third of this number.  The rest of it comes from you.  Your interest.  Your sharing.  Your +1's and "likes" (especially on Stumbleupon).  These are what get me trickles of traffic that add up (and up and up).  No less than two thirds of this number is simply because Writing About Writing has some awesome readers (and a few uberawsome fans). 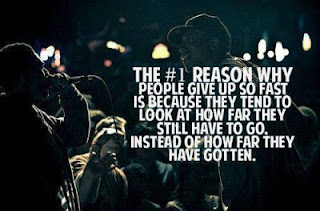 I know I dream of bigger numbers and financial viability, and I sing uplifting Disney-caliber songs to the sky about some day being able to make minimum wage*, but in art, it's also important to look back and see how far you've come.   Thanks to you all, it's been an uplifting and exciting journey.


*I wanna make what McJobbers make
I wanna work--
Work for less than I need
Struggling for those
(What do ya call em?)--oh Paychecks.
Clacking your keys you don't get real far
Money's required for eatin', rentin'
Having a little for the
(What's that word again?) bank

Out where they work
Like rats in a cage
Out where they make the minimum wage
Below pover-ty
Wish I could be
Part of that world
at June 12, 2013