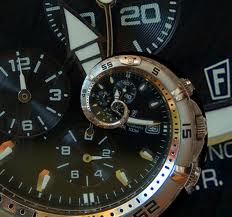 Still on crazy summer school schedule.  You will still basically get one "meaty" post, one mailbox, and a few "other" posts each week, but the times they get posted is going to continue to be screwy while I deal with summer school.

Most of this is due to lesson plans.  They actually take a considerable chunk of thought and time, and I usually end up having to leave early to run to Fed Ex Offices to make copies before class.

But, once I have the lesson plans done, I don't need to write them again, so for the second session (the last three weeks) I should be less overwhelmed and able to write more regularly since much of the prep work will already be done.  I can even use DVC's central services to print up copies once I know with sufficiently advanced timing what I need copies OF.

So the wibbly wobbly has about two more weeks, and then things should stabilize.  But as I said, you should still be getting the same AMOUNT of posting--it's just sort of clumped toward the weekends.  I'm also assured that Cedric has been kicking some serious asses, and that you can look forward to the end of the delinquency phase of our guest bloggers little impromptu vacations.

He has, in his own words, gone "eight armed ninja all over their asses," and even Leela Bruce saw the wisdom in getting back to work.  So that should be fun!
at June 26, 2013