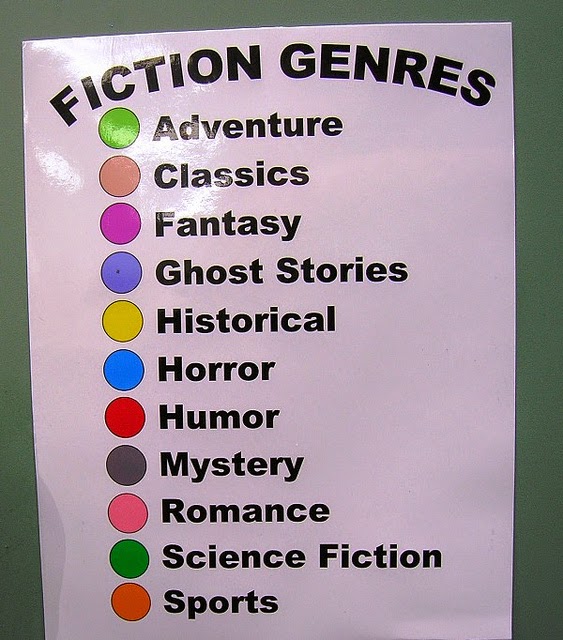 Despite the current chic hatred of "genre" among lit snobs (which is ironic since literary fiction is actually its own genre complete with tropes and storytelling conventions), the rules of each genre provide a writer with their own set of tools for storytelling.

Lawrence Fishburne voice: "You think that's air you're breathing?" (Nothing like a 15 year old movie quote to punch up a post. #whendidibecomesoold)

However a writer has to be aware of them to make them work and not just get sucked into formulaic writing (because that IS lazy). Writing unconsciously in a genre can cause us to fall into tropes and clichés so it is best that a writer use the tools of various genre with purpose and intention. Otherwise you might not realize that you have your orcs playing the roles of people of color, that every villain is inexplicably effeminate, and you have one women in your entire fantasy epic.

To illustrate what I'm talking about, take a look at a few of these hilarious cross genre youtube fake ads for popular movies. (I'll post a couple more at the end of the post.)


Prompt: Change a story's genre. Stick to a short story or write a synopsis of a longer work for this prompt. (If you like the idea, of course, you can use the prompt to springboard your own longer writing.) Try to change as few of the details as you possibly can–don't actually change the story. Instead focus on HOW you tell the story and the details you emphasize to change the genre of the story. Make Beowulf into a comedy. Make Sense and Sensibility a horror. Retell the Hunger Games as a romance novel (the love triangle is already there). Make Life of Pi into a suspense thriller. The possibilities are endless.

Try to pay attention to how you shift the genre of a story so that you can become more consciously aware of the tropes you are using for each.