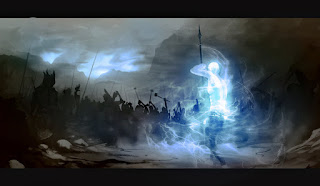 In the past couple of months, the polls that go into semifinal rounds seem to really have the wind taken out of their sails, so I'm trying to combat that effect by having the semifinal turnover be extra fast and run the final poll only for a little over a week. Maybe by keeping the whole thing contained in the original month, we can keep the energy up.

That means our first semifinal round is almost over already.  Tomorrow we'll tabulate results and put up the new poll.