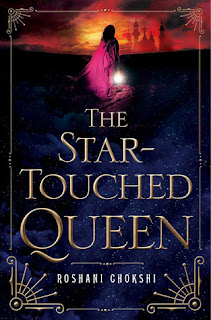 What is the best modern fantasy book (or series) by a woman or gender variant author of color?

Since the white dudes are always crowding out other fiction on most of our open polls, here is a poll for women and gender variant authors of color.

A lot of white women authors got nominated, which of course meant they weren't eligible for our poll. I cruised their bios to see if there was something I was missing (whiteness being a little slippery as a concept for folks who pass but might be Jewish or multiethnic or just light skinned), but I didn't see anything mentioned in any case. If someone knows something I don't about an author that got skipped, let me know and I'll update the poll. It was my fault, I'm pretty sure. The way I wrote the prompt was a little confusing.

The actual poll is on the left hand side at the bottom, beneath the "About The Author" section. Mobile viewers will have to go to the very bottom of their page and switch to "Webview" in order to access the poll.

Our poll was pulled from your nominations, and as I said, I tallied up the "seconds" a title had gotten (or nominations later on down the page) and looked at what had received the most to create a number between 8-24. While I'm willing to do a semifinal round, I'm not willing to do endless elimination rounds and quarterfinals and such just because we're getting more participation on our polls. (Which is awesome, but I don't want every poll to take six months.) In this case NINE titles stood out with five "seconds" or more.]

At first I wasn't sure about putting NK Jemisin and Octavia Butler on the poll twice, but then I remembered how many times Neil Gaiman or Stephen King have gotten two (or more) slots on a poll–even the final round.

There is no way to rank votes, so please consider that every vote beyond the first "dilutes" the power of your initial vote and use as few as you can stand to use.
at February 28, 2018