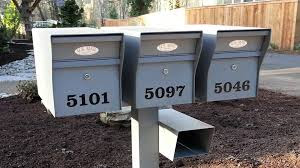 How is it that you have such a huge, throbbing......Facebook following.

[Remember, keep sending in your questions to chris.brecheen@gmail.com with the subject line "W.A.W. Mailbox" and I will answer a couple each week.  I will use your first name ONLY unless you tell me explicitly that you'd like me to use your full name or you would prefer to remain anonymous. If I can't find your whole question, you might have to be Daniel.]

Hey Chris. I wanted to tell you that I enjoy your Facebook group/fan page and that I also really admire the way you built your audience. I'm trying to build my own audience just now, and it's slow going, but I feel like you've been really successful at it. I liked your page back when you had something like 40,000 likes, and you have grown by, like, A FREAKING LOT [note: current number is almost 800k-Chris]. Well done! If you ever wrote an article called "Baby Steps for Building Your Fan Base for Those Who Really Want Information But Need Things to Be Explained in Small Words," I would love it. Lol.

*I'm pretty sure Daniel is the person who asked the question before this one, but I seem to have copy pasted over that part of the original text. If this is your question, bear with me, and I apologize; you get to be Daniel for a while.

This is a good reminder to me to get off my flippen ass on all the serial posts that I have been neglecting (in some cases for years) during what I have come to call The Time of Great Hardship™.

My current series of posts–a little less than half done–is under the auspices of Blogging About Blogging and is all about starting your own blog. It's not exactly what you're asking me about but (as you'll see) there's some overlap. After that I want to do a series on finding and taking feedback on one's writing. And that's to say nothing of the craft stuff. And more plot points! And the Skyrim article and....and....

Uh...so anyway about your question.

Getting your followers up on a page turns out to be a lot like writing. There's glitz and glamour and regular visits to media moguls who send their limos around to pick you up (stocked with Ruinart champagne, of course). You go everywhere with attractive partners of your preferred gender hanging off your arm, often two at a time–three when you pop over to the French Riviera to do meet a bunch of movie stars and pop musicians. And...

Oh sorry. That's something else. Here's the description of writing and page admin and how they're alike:

It's a soul sucking pit of deep unfulfillment unless you really enjoy it for its own sake.

The good news is, I can convey what's involved pretty easily because there aren't really any tricks or techniques beyond sheer force of will and some patience. And even though I sort of worry that I'll have a million competitors nipping at my heels by next week, I did promise you all that I would share the hard won wisdom.

The bad news is, you're not going to like it because actually it's a lot like work. I don't mean YOU don't like work "Daniel." I don't even know you and I'm not here to judge, but I get this question a lot from a lot of people and when I tell them what is involved they get a thousand yard stare and say things like "The turtle couldn't help us."

See the problem is, the simplest explanation is to work on your page for about one to two hours every day. Go find content. Post content. Keep your comment section from becoming the sort of horror show that would scare away the people you imagine are your audience. Everything else I'm going to tell you is a variation on that theme: about an hour or two a day.

I do some other things (like just hiding comments I know are designed to stir up controversy in a particular SQuiDy way rather than engaging them or even leaving them, banning people who flounce or threaten to so they can't come back, or dribbling in reruns that I know no one has seen because they're from back when the page had a thousand followers), but I don't necessarily know if they've contributed to my page's success or just my personal peace of mind.

Oh and there's one more thing worth mentioning here.

Building up a facebook page of shitposting and puns isn't strictly about writing, per se, but it turns out to be more than just analogously similar. A whole lot of writers who want actual cash money careers could be doing a whole lot better if they learned to use social media to promote themselves. They whip up pages, for their book or their writing persona and then never post anything beyond "Hey, buy my book!" and wonder why they have 28 followers (17 of which have the same last name as them).

There are not really working writers anymore who just mail out manuscripts and pick up checks (and for reasons too involved to get into here, there never really were). Some of the old methods of self promotion like physically travelling to local bookstores to shop out copies of a book on consignment or organizing book parties or attending literally every reading in an area don't have nearly the ROI of social media. An artist, no matter how skilled they are, will quickly find that lacking reach can be incredibly frustrating. (You've written a good book but no one knows about it!) Before that big break where folks start seeking out the artist, we all have to go out and find our audience. (And newsflash–you still will have to self promote even after you're a household name. They're called readings and signings and they're going to be a part of your contract negotiations. From what I've heard, they're only exciting for the first twenty minutes of the first one you ever do, and then it starts to look like a wall of strangers who all want to talk.) It's not a bad idea to learn how to use the tools of modern promotion for the self promotion of a modern career.

I'm not sure every artist needs to be QUITE so prolific. Everyone can find their own air/fuel mixture, but your question was specifically how I achieved MY numbers.

It's work to build up a social media presence, and it's work that is NOT writing, but it's often work that would have to be done in some form anyway by anyone who wanted to be writing for a living, so I have to say that posting puns and digging through quotes to find the most inspirational beach sunset picture that quote is paired with is better than most alternatives. And if I have to pause a conversation with a friend for two minutes to drop a meme from my phone, it's not that high a price to pay.
at April 26, 2018

Email ThisBlogThis!Share to TwitterShare to FacebookShare to Pinterest
Labels: Blogging About Blogging, Blogging Towards the Singularity, The Business of Writing, The Mailbox