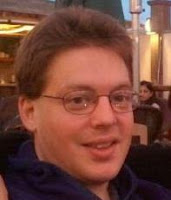 Real Chris: The meeting of the Writing About Writing staff will now come to order.

Leela Bruce: We do a lot of things. Coming to order really isn’t on that list. As you well know.

Real Chris: Fair enough. If we could, however, come to some semblance of taking turns screaming, that would probably be sufficient. And does anyone know where Guy Goodman St.White is?

Real Chris: Altered states of consciousness were specifically listed on the not-a-decent-excuse-to-miss-this-meeting column.

Ima Lister: No I mean he’s passed out in his bunk.

WAW Chris: You’re the one who took five years to wrap up that plot thread and subsequently transformed what should have been a “very-special-episode” caliber problem that we wrapped up in a few weeks into full blown alcoholism that has been the elephant in the room for years.

Real Chris: Okay, we’re not going any further with this kind of attitude. 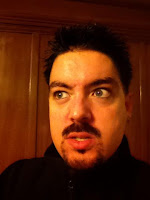 Evil Chris: You're the one who has let every plot point you introduced in 2013 just fester. And when's that Skyrim article coming, huh?

Real Chris: Look, you…..ingrates. There was cancer and babies and diapers and moving and pet sitting and.... And shit. Literal and metaphorical shit. Up to my eyeballs. There was just so much shit.

Real Chris: Quick reminder. Y’all are figments of MY imagination, and I can shut you down by binge watching Supernatural pretty much any time I want.

Prudence: Or as an alternative, how about you get to the point and we won’t go on strike for the NEXT five years.

Real Chris: Fine. Fine. Okay. Look. So…as you know, out there in the real world, I am no longer making coupons and government cheese as payment.

Ness Lessman: My office will have walls!

WAW Chris: Nobody’s getting raises! Except for Ima, not a damn one of you has given me an article in years. YEARS. Until I get some posts, all’yall can take your “Extra Topping At No Extra Cost” Dominoes Pizza coupons and grouse somewhere else.

Joy: Wait did someone get paid in coupons AND game birds?

Real Chris: You know with other writers, arguing with their characters is more of a metaphor….

Evil Chris: I bet they also know that having three of themselves in a given scene is bound to be a little confusing.

Grendel: SHUT UP! EVERYONE! Shut up. Or my mom will cancel sloppy Joe’s night, and I’ll stop serving double portions of mashed potatoes….even upon request.

Real Chris: Okay. Well it’s not weird or anything that Anglo Saxon monsters are running the kitchen in the compound in my mind that I’m currently talking to at the meta level.

Justice: Just one of those things. (Grendel and his mom glare)

Real Chris: So anyway this money comes from donations–patrons actually, they’re called. And it’s enough to pay the bills even. And these Patrons, who pay my bills, have….god help us all…specifically requested more of…. 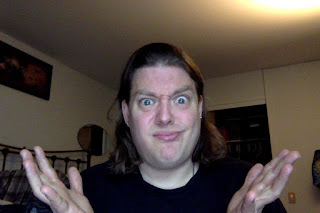 Real Chris: Yeah. I don't get it either, but that's what they asked for.

Ima: There's a list of reasons why this can't be accurate. Number one....

Real Chris: I took a poll, okay! They want more articles by each of you. More advancement of the weird meta plot. More running jokes and gags. More weird fluff posts. Ninjas. Octorians. Strange plots. Dimensional travel. The whole nine. They have specifically asked for more of you. And they pay my bills.

WAW Chris: Shit maybe you all ARE getting raises.

Real Chris: So prepare yourselves. Everyone here is about to get tapped–including Guy Goodman, so let him know. There’s not going to be anymore of this: “Everyone’s talking spoilers about Jessica Jones and I haven’t seen it yet so I can’t do that article this week,” excuses. You’re all on alert. Shit’s about to get weird.
at April 01, 2018