An Act of Faith (Personal Update) 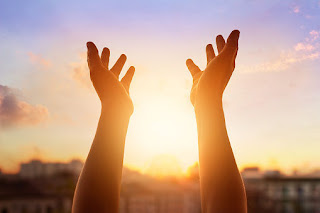 Writing is an act of faith, not a trick of grammar.

This story can be inspirational if you want or didactic if you prefer. It can be whatever you want.

It is a story of the wee child Chris.

I've wanted to be a writer since I was ten. I remember the exact moment–a finish-the-story creative writing Halloween prompt that I turned into a ten page mystery. (TEN PAGES!!!) From that moment on, the how of it might go in and out of focus (from writing with all the *cough* free time I would have teaching choir to trying to take a year off to slam out a debut novel while still in my twenties), but I always wanted to be a writer.

Which turns out to have been less important in the grand scheme of thing than this: I always wanted to write.

At that age I just wrote happily about brain eating monsters from outer space and scientists who could save the earth with squirt guns using their "liquid laser" formula–which if I had to guess was a plot point that had a lot more to do with my new squirt gun toy than anything–and didn't care much about where the commas went. But as I got older, the emphasis on grammar loomed like a shadow in my mind. I worried a lot about my failings. I had trouble spelling and trouble learning the formal rules of grammar.

I would later learn that I had a mild form of dyslexia and off-the-charts ADD. Both had gone hidden into my adulthood for a myriad of reasons (from the fact that I was reading and writing so much that I was not making "typical" mistakes that would indicate learning disorders to parents who thought everything was a simple matter of my motivation).

Now our story moves on to my young adulthood. Where I'm struggling to be a writer, but not really at all sure how to make that happen.

The Hungry Writer Games™ begin as soon as you leave high school. Each high school produces fifty or so would-be writers. They all are sure they're going to make it. Every one has equal levels of yearn. They all are vaguely contemptuous of all the others.

Then the attrition begins.

Dan gets a "real job" at 60 hours a week. Never writes again. Celia gets some "realistic" feedback from her mom's agent friend and gives up. Mark technically doesn't drop out, but that NaNoWriMo manuscript tucked into a drawer hasn't seen so much as an edit in ten years.

During my twenties, platforms like Livejournal were all the rage. (Hell there was a time there in the late 90's and early 2000's where LJ handles were actually part of how you introduced people here in the Bay Area. "This is Chris. He's Dicedork on LJ.") One of the things I was increasingly self-conscious about spending hours a day reading my friends was that my writing didn't stack up. That's a tough tough pill to swallow when the north star of your dreams since ten years old has been to be a writer.

Okay, can I level with you? "Didn't stack up" is putting it mildly. Honestly....I wasn't a good writer. Like, I was actually kind of bad at writing. At some level, I was even aware of it. A few of my friends have admitted to me in the years since that they really didn't know how to broach the subject...

I don't mean like one or two friends. I mean like...a dozen.

Okay, this story is getting long and you're all going to be skeletons at your devices soon, so let me try to speed up the money shot here:

I was sure–just 100% sure–that the thing I wasn't good at was rooted in my poor command of grammar. If I could figure out what a participle was or how to avoid passive voice, I'd be better at writing. If I could just learn the difference between an infinitive and a gerund, the prose would come more naturally. I vacillated between outward contempt at "rules" and "prescriptivism" while inwardly being sure that if I could just grasp a few more rules, I would be a good writer.

This story doesn't have one ending. It has a few. Life is sort of like that sometimes. But let me lay them down end to end.
Now, for a much shorter Story Number 2.

Recently I reposted a couple of articles from the early days of the blog. They had errors in them and a couple of folks who are kind enough to watch out for those sorts of things emailed me to let me know about the corrections. One was even a "revision," but I hadn't caught some of the mistakes in it.

And when I got those emails I thought about my twenties and young Chris struggling so hard to try to learn the grammar that would unlock the doors of "good" writing.

One day the feedback started to change. One day my friends said "I was worried, man, but now I'm not." One day a professor, in a strange moment of gravitas handed me back a paper and said: "Don't stop writing." One day a friend gave me some money. Then a stranger.

I'm here now, making money as a creative writer–enough to technically pay the bills (with some side gigs so that I can have the occasional Chipotle run), not because I'm brilliant at grammar or never fuck up (HA!). I make fewer errors per article these days, but I still fuck up more than any blogger I've ever seen. Every single post has at least a couple of doozies that I end up editing after I've hit "publish."

I'm not here because I had "talent."  In fact, I rather sucked.

I'm not here because I went to a great writing MFA program. Just SFSU undergrad English major with emphasis in Creative Writing.

I'm not here for all those reasons that The Hungry Writer Games™think of as important.

I'll save you the "lesson" here. It should be pretty obvious that I'm talking about myself but also about anyone else worried about talent or particularly anxious about subjunctive mood or the twelve tenses. As important as grammar can be, I didn't get better because I learned some rule.

Writing isn't a trick of grammar.

It's an act of faith.