Why Should I Describe My Characters At All If They Don't Have Distinctive Features? (Mailbox) 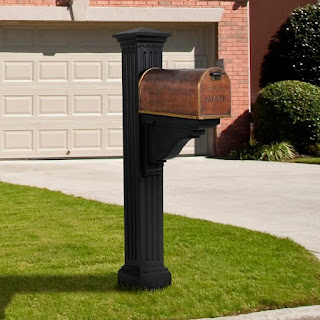 Why should I describe my featureless characters?

[Remember, keep sending in your questions to chris.brecheen@gmail.com with the subject line "W.A.W. Mailbox." I will use your first name ONLY, unless you tell me explicitly that you'd like me to use your full name or you would prefer to remain anonymous.  My comment policy also may mean one of your comments ends up in the mailbox. Sometimes "question" might mean "comment made on a Facebook page."]

I limit my description of characters if they don't have distinctive features and I'm not sure why that should be a problem. I just name them unless they have scar or wild hair or something.

So there are two….let's say ISSUES with this. One is a craft problem. The other one…. The other one is probably more important but takes a little explanation.

Describing characters is a bit of an art. Okay, writing is an art, but character description takes a little finesse even beyond the usual. Ham-handed descriptions of characters noticing their own breasts as they walk past mirrors, weird scars, and "shocks" of hair are everywhere you look.

Generally, it's mostly okay to find your own groove as a writer when it comes to descriptions. Some writers describe their characters meticulously from head to toe the moment they enter the story, some release bits of information about them as the story goes on to form a more and more cohesive picture. Some drop a significant detail or two and let the description finish in the reader's mind—a particular favorite of most modern authors.

There are two places you want to be careful about using particularly sparse description.

First of all, when you're running the description of one character through the lens of another character. I can't emphasize enough how great this shit can be. In this situation, you have the opportunity to characterize BOTH characters. One by their description, of course, but the other by WHAT THEY NOTICE about the first character. Do they pay attention to how attractive the other person is? Their fashion choices? Are they very interested in how the person carries themselves? Do they try to read the other person's "soul" by gazing into their eyes? The things they pick up on and perceive say a lot about them, so this is a great opportunity to use a few economical words to do so much more than just drop a name.

The second thing you want to be careful of is a little harder to unpack. But it's what you mean when you say a character doesn't have any distinctive features. What does that even mean? If everyone basically looks unique, how can anyone have NO distinctive features? Is this person Emmet from The Lego Movie—so nondescript that no one really even knows who he is? Is their face yellow and their smile painted on?

I heard a story once about the early days of the rocket test pilot program… or maybe it was the space program—although it's not important to the story which. They designed and engineered the original cockpits for completely average people. Average height, weight, arm length, leg length, torso length…you get the idea. The only problem was no one could actually fly the things. NOBODY has average everything. Every pilot had something weird about them: long arms, short legs, a weirdly broad chest, SOMETHING. They had to design the second generation cockpits to be a bit configurable to each pilot*.

Everyone has SOME distinguishing feature.

(*Now I'm imagining a fighter pilot getting into their F-35 Lightning and their knees are in their chest. "Damn it, Mavrik!")

There's a more insidious aspect of assuming a character has "no distinguishing features." That is the idea that there is a "default human." What is a human with NO distinguishing characteristics. Are they blonde? Are they tall? Does a default human look like you? (And just so I'm not being too subtle, in most of the English-speaking world it is usually only white people who tend to think that they look like a default human.) Do you think that everyone who is somehow "distinguished" is a deviation from this "default human"? What comes into your head when you think "no distinguishing features," and is that an assumption that should perhaps be unpacked and interrogated?

Much like honey (or sugar) in your tea, you can have too much description of a character. It can overpower everything else and ruin the taste. And probably everyone can think of at least one book they read where character descriptions were so ponderous and byzantine that they just skipped over them every time. But you also don't want too little. That doesn't taste right either. It will make your prose feel vague and unanchored (even if your descriptions of everything else are pretty good). And while, the amount of description is a stylistic choice that you will settle into as you find your own voice, there is almost no situation in which some is not better than none and a couple of situations where it is even a little awkward.