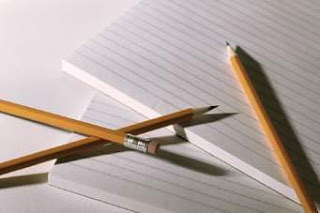 This is (somehow) an even more ridiculous version of "Guns don't kill people, people kill people" Like just when you thought that narrative couldn't get ANY worse, someone brings out the misspelling pencils like they've just slam dunked a rhetorical point. Check and mate. Game, set, and match.

And yeah, the full version of this has a fatphobic thing about spoons making people fat, just in case these folks worried that they were in danger of making a point that was not demonstrative of how terrible they are as people.

The problems come early and often with this gem of a narrative. It is SO bad that even its logical structure as an analogy (W is to X as Y is to Z, like those SAT questions)  doesn't stand up because the primary function of a pencil is NOT to misspell words. Whereas the purpose of a gun is literally to kill.

That is its intended function. It has no other.

I do understand a gun can be used to kill for food, to only injure someone, or possibly to intimidate someone. But the primary purpose of a gun is a lethal weapon. But in this preposterous analogy, a gun would have any number of artistic and technical functions and only sometimes be lethal (often unintentionally).

It's just a BAD argument. It's under the fallacy dictionary in false equivalency.

But the real reason this narrative is beyond the ridiculous and obtuse enough that I'm actually having to get clever to avoid some serious ableism here is that people do not run around killing people with misspelled words (or in the case of the fat-phobic example, using spoons on OTHER PEOPLE).

There is a major, fundamental, philosophical, moral, and ethical difference between mistakes we make that hurt no one (but maybe our English teacher's heart) and those that kill…as a primary functionality. Those that might affect us, and those that rip the life out of another.