Bullshit Narrative #18—They Should Have/I Would Have 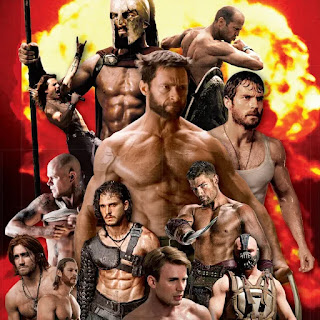 Seriously, do people not realize this sounds like a fifteen-year-old who just watched a fight and then started telling their friend who was in the fight, "I was TOTALLY going to jump in if it went on ANY longer. And I would have kicked their ass too! I took a week of Hapkido last summer so I've got some serious street moves."

(Best said with a retainer lisp.)

Fully-trained, combat-ready soldiers in war zones with entire platoons watching their back don't always react to danger the way these people insist should be the norm. This is part of the reason the whole "good guy with a gun" argument is so fucking ridiculous. It completely ignores not only a human nature that takes extensive training to overcome, but ALMOST EVERY TIME THIS HAS HAPPENED.

Until someone's in a life or death situation, they have no idea what they're going to do in a life or death situation. And every life and death situation is different. People train all their lives and still freeze up, or don't freeze up the first ten times but then do the eleventh. There's no way to know. So trying to armchair quarterback a bunch of civilians about how they should have totally turned into John McClane, gone for the air conditioner ducts, and died harder is fucking meaningless clownshoe babytalk.

Bullshit rating: The bullshit is real but you're imagining that you've cleaned it up.