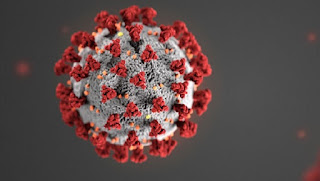 So far it's been four days, no symptoms, and all negative tests, but we had a possible covid exposure. Treble and Clef got dropped off only a couple of hours before the news of some positive tests with folks who were hanging out with them the night before, and their dad tested positive with a fever this morning. Since the boys are testing negative and have been separated from those who are testing positive for four days now, and it LOOKS like they probably got out in time, they're going to be staying here through some of the usual transitions, which means a bit of a choppier-than-normal week.

My update plans were to finish the 25 Gun-Control Narratives this week, and that hasn't changed, but you will likely see the updates happening in fits and starts and at very non-standard times.