This may not make a whole lot of sense to everyone until tomorrow or Thursday (Friday at the latest), when I describe the story in greater detail, but I posted something that I didn't mean to post on My Facebook Page the night before last. It was supposed to be about puns. Instead it was about Nazis.

Well, you can imagine how the comments went because you've seen political posts anywhere else on the entire internet.

I want to show you something from that FB page's analytics, and talk to you as an artist and entertainer about what it means.  This picture is from yesterday, which in terms of an analytical "day" includes both the posting of the meme and its fallout.

That red dip at the bottom is the number of people unfollowing the page. That's probably more in a single day than has ever happened (or at least in a long while).

But here's where things get interesting.

Notice what else happened. That gray mountain at the top was a surge of people liking the page that was almost exactly the same size. JUST AS MANY people said "Oh hey this page isn't just some shallow repository of memes making fun of people's grammar. I LIKE THAT!!!" In fact, that day was a net gain of hundreds more followers. At the bottom of the screen you can see a screenshot of essentially the same thing except with a mouseover on the day dot that tells me how many new followers I got for that day.

And while they were personal, and I can't share them, there were more private messages thanking me than there were declaring an immediate flounce.

Now I apologized because there was no connection with the macro and writing (but don't worry...I'm rectifying that in a blog post even as you read this), and because I didn't stick around to moderate the comments (since I thought I'd posted something else), but I want anybody who saw all the blowback to also see the good stuff. I want anyone who's self censoring because they're worried about losing readers, followers, potential customers, whatever, to see the symmetry.

Folks who want to hear what you have to say are out there, and you can't EVER make everybody happy. If you try, you'll just end up the emotional equivalent of a squeezed out toothpaste tube with fewer people pleased with your callow unwillingness to take a stand than if you'd done what was authentic to yourself in the first place.

You will affect people. You will make them think. And some will not like those thoughts that your art forces into their minds. But for as many people as don't, there are more behind them who will appreciate it, and you for having the strength to say it. 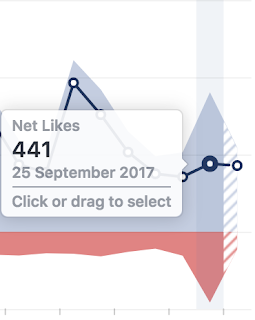