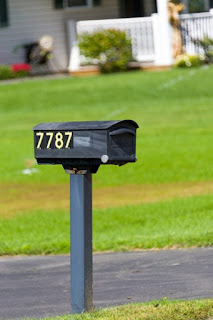 [Remember, keep sending in your questions to chris.brecheen@gmail.com with the subject line "W.A.W. Mailbox" and I will answer questions about once a week.  I will use your first name ONLY, unless you tell me explicitly that you'd like me to use your full name or you would prefer to remain anonymous.  My comment policy also may mean one of your comments ends up in the mailbox. Don't be too surprised if it takes me a full year to get around to answering something and let me know if you are in a terrible hurry. (Even though I will reply that you shouldn't rush mailboxes. If you do, you end up with rotten mailboxes).]

Do you have anything to say about being a storyteller vs being a writer?

Here's a story (see what I did there?): there's this guy who tells stories in my social group. He's not exactly IN my social group anymore. He moved across the country. But man, could he tell a story. He would have an entire party (the roomful of thirty people kind, not the five D&D players kind) hanging on his every word––just absolutely enraptured––as he told us about a cat getting loose on a C-5 Galaxy class plane.

Here's the thing I noticed about this tale, though. The story.....was mildly interesting. It might have been a tough sell if he wrote it out. It was his non sequiturs about strip club trips and vibrating energy and the way he imitated people that made it so entertaining. There was no rising tension. No climax. The cat situation did not pit a scrappy team of lovable misfits against the US Air Force in a tale of duty vs. desire. They did not struggle to find a cat a home. There was no climax character development where the cat jumped into the lap of the by-the-book pilot who was having none of this insubordination just as he was about to turn the plane off and surrender, meow lovingly with an outstretched paw, and convince the the tough-as-nails pilot to say,  "I'm sorry sir, you're breaking up. Did you say we're clear to take off and we should NOT kill the engine? Roger that." into the radio in the climax. No challenge of forces that left the audience guessing what might happen. No denouement. It was an amusing anecdote, without a plot, told for fun.

C-5 cat guy has gone on to say he could never write a novel, but he loves putting on extremely elaborate and complicated Live Action Role Playing theater that place the audience inside the story. For him, what he loves about stories is the audience, the feedback, the moment of knowing he has them where he wants them, the reactions when he does something delightful, the stagecraft of it all.

You don't get that when you write a book. At best, when it's all over, you might get someone who tells you their favorite parts.

I mean....most of us tell stories because that's something that most humans do––at least neurotypical humans, and most others in some way, shape, or form. We tell the story of our day. We tell lies (which are made up stories) and the better we tell them, the more likely we are to be believed. We decide which details are important to our recount of an event and which can be skipped over. We regale folks with a little tale about when we knew we were sick or how we hurt ourselves rather than brusquely conveying only the most vital information of illness or injury. How we got HERE is one of the most common stories whether it's a morning tale of traffic or a lifetime journey to our current big decision.

In fact, our ability to conceive of life within the framework of narratives is one of the things that makes us distinctly human. All cultures have stories. But not all cultures have written language, and even fewer have a concept of "literature" as we would talk about it today. In fact in most of European history, literacy was a guarded secret, kept from common people. And so most of humanity has dealt in oral storytelling––NOT writing. Oral storytelling changes over time. It emphasizes different parts. Each storyteller (scop, girot, raconteur, skald, üligershin, seanchaí, or bard among others) has their own flourish.

Think of it how every time there's a reboot of a fandom, the story is a little different––a bit more for OUR time (usually)––and emphasizes different aspects.

Most early works of literature are stories that were passed down through oral traditions. In fact, from the Bible to Beowulf, one of the reasons there are some sharp contradictions in these early works is because by the time someone thought to write them down, multiple different VERSIONS of the stories existed, and instead of going with one or another, they were just sort of "zipped" together. So you have Beowulf the badass vengeful fighter and Beowulf the clement Christian-esque forgiver.....sometimes in the same paragraph. Or you have E, J, P, and D sections of the pentateuch.

So while there is a considerable amount of overlap between writing and storytelling, they are two very different things. And frankly, I think a lot of anxiety and angst could be avoided if we gave that idea some room to breathe.


There are writers of incredible skill who are simply not great storytellers. Their prose is gorgeous and their ideas are well articulated. But they don't have a tremendous sense of pacing or of how to ramp up tension. Their story is perfunctory. It takes no delightful turns. Their characters are often brilliant and deep but static portraits that never change or have any kind of arc. They write gorgeous vignettes that often do not have much of a plot. You read and read and read and read and it seems like they forgot to have something HAPPEN. Their books have a way of just sort of ENDING.

Of course, the opposite is also true. There are incredible storytellers who are great at character arcs, plotting, pacing, and grabbing an audience but the language of their writing is an interminable slog, and is sometimes even laughably bad. Not anachronistically thick and dry but truly, genuinely E.L. Jamsianly bad. A lot of tremendously fun popcorn book bestsellers fall into this category, and one can often see this in books where people who are not ride or die about books like the movie considerably better.

Both of these folks are represented in published writing (while all genres are represented, sci-fi and fantasy bookshelves in particular are filled with great stories and mediocre writing or rich writing and a kind of flat and jerky story). So if you're worried that one or the other doesn't get book deals, don't be.

However, the great authors seem almost always to be both.

As a writer, it's important to understand that you're not stuck with the "hand you're dealt" by any means. That is to say it is more than possible for a storyteller to learn to develop better prose and an incredible writer to learn to have better pacing. Each requires conscious effort at reading and practicing the others' skill, but neither is "innate" or "unlearnable."

Also, I think for many, learning to discern that one skill set is strong and the other not-so-strong might be an important influence in the kind of writing they do and where they put their developmental energy. Sometimes doing the type of writing you do well with a flourish makes for a more satisfying career (or hobby-career) than trying to do something you think you're "supposed to" be doing. We should all do the writing we love of course, but I think a lot of writers suffer this idea that the only way to really be a writer is to be a working novelist, and they might be a lot happier being more strictly a storyteller like David Sedaris or more strictly focused on writing, character, and prose like Zadie Smith.
at June 03, 2019