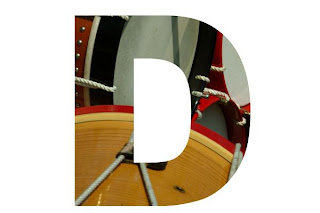 Deconstruction-  A particularly relevant form of literary criticism to a writer.  Derrida founded this school of thought (ironically when his intended topic was to laud structuralism) as a way to examine the inherent weakness of language to express definite ideas.  Though even a brief summary of deconstruction would take pages, the important thing for writers to understand is that it is particularly focused on the subversion of binary opposites (nature vs. nurture, good vs. evil, male vs. female).  Anzaldua,  Haraway  and more went on to apply these ideas to gender roles, ethnicity, queer theory, and others.  A writer would be remiss not to be aware of the subtitles and nuance in all but the most sophist melodramas that have crept into literature due to these influences.  There is even a moral conflict in the most ridiculous, over-the-top, good-versus-evil space opera of popular culture; Luke could feel the good in him.  (For the moment, we'll leave out the part about how most mammalian fathers cannot watch their genetic offspring being casually murdered, and we'll go with "good."  Yeah, that's it.)

Denouement- In French this means something like "the unknotting."   A non-French ways to say it might be, "The Wrap Up," but intellectuals prefer French or Italian terms for simple concepts so they seem much smarter when they say them.  The Denouement is the final part of a traditional story arc, happening right after the climax of the story.  Many stories play with this structure, and it is not uncommon to see a protracted denouement or a even a denouement at the beginning of the story.

Description- Something Anne Rice does too much of.  Description is writing that creates a picture or (or other sensory details if visual imagery isn't used).

Deus ex Machina- Latin for "a god from  a machine." In Greek plays sometimes a god would be lowered to deal with all the problems of the humans using their phenomenal cosmic power.  Not merely a case of Oh those silly Greeks! however, this kind of external-force-solves-all-problems was still quite common in Victorian literature, but instead of gods, it took the form of rich uncles, unknown inheritances, and proof of heretofore unknown proofs of various birthrights. Now we use the phrase to refer to any poorly written device that solves the problems of the characters suddenly at the end of a plot without the characters doing anything. Of course, every once in a while some writer forgets that deus ex machina is a bad thing, basically goes all the way back to lowering a god to solve all the characters' problems, and then you get something like the last few episodes of Battlestar Galactica.

Didactic- Anything Ayn Rand ever wrote.  Literally this means "intended to give instruction."  It could be on a discipline or a philosophy or most commonly on morality.  It's usually not a term used for blatant propaganda for a given political or religious cause; we just call that propaganda.  The call on a writer to be didactic is huge, and it comes from everywhere on the political spectrum. You will be grilled as hard by the religious right for a protagonist who has an abortion as you will from the progressive left for a character who thinks abortion is a sin. People will bring themselves to your work and wonder why you have failed to make a character more like their ideal.  (I once read a rant about Malcolm Reynolds making a rape joke in the Firefly episode "Our Mrs. Reynolds" that really questioned his value as "a good guy." Here's a character who kicks tied up people into jetstreams, steals everything that isn't nailed down, tortures unarmed and prone douchebags by stabbing them...repeatedly, shoots unarmed agents, but he's not a "good guy" because of a rape joke. And yeah, I could have done without it too, but the point is, the person who wrote the rant, wanted that character to be closer to their ideal. All those other character flaws were okay, but some unexamined misogyny was not.)

Distance- What your partner will ask for when they're too afraid to break up with you. *rimshot*   I'll be here all week folks, please tip your servers.  In basic literary analysis, there are four points of view; first, third omniscient, third limited, and the rarely used second.  As a creative writer, these points of view are seen as tools (each with strengths and weaknesses), but one of the most common mistakes of beginning writers is to assume that first person is more "in the head" of the character.  In fact, there are multiple decisions that affect the style of writing including point of view, distance, and narrative tense.  Distance can be said to be a completely separate from the point of view, and writers will often talk about a "close third" or a "distant first."  Raymond Carver provides many good examples of a distant first person, the narratives are strictly concerned with physical sensations and external actions--there is no revelation about what is in a character's head. Ender's Game is a pretty popular example of a close third. The thought processes of Ender were made clear to the reader. It's too bad the author was such an a-hole.