I Am Not a Parent 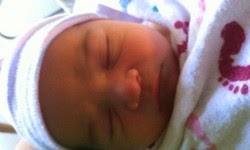 Though it may be a few days before the posting here at Writing About Writing begins to reflect the fact that I'm catching up, it's definitely happening thanks to Supportive Girlfriend, a massive overhaul of the current update schedule, determined grind, and no small amount of Starbucks Energy Refreshers.

Or crank. I'm never sure which is really doing the heavy lifting.

One of the major differences between my last writing schedule and this one is that I don't really try to do more than one article in a given day. I write regularly for two other blogs (that sound you might have just heard is my editors coughing), and in the past I have come to the weekend thinking I could just write stuff for W.A.W. and the other blogs, and it totaled up to six articles in a weekend. I totally convinced myself that wouldn't be too much because biting off sane bites to chew has never exactly been my strongest suit.

That was often right before I ended up in the back yard with a lantern and a shovel hoping that the neighbors weren't too nosy about what I was burying.

Today I am working on my latest article for Grounded Parents. It won't actually show up until some time next week. (If you want to see it as soon as it comes out, follow me on one of the media where I share all my articles.) In the meantime, a great place to start if you haven't been following is the following article. For those complaining that my superhero realism doesn't tell you what's really going on in my life and insisting on a decoder ring, this article is probably the closest thing.

I Am Not a Parent