The Beast at the End of The Week (Personal Update) 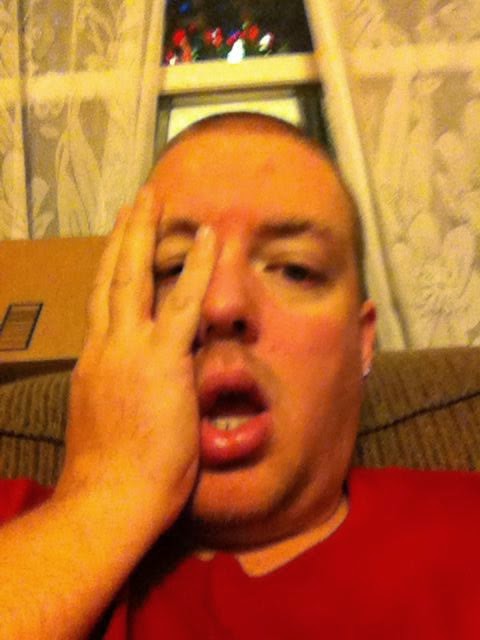 I like my new schedule a lot (so much so that many of my Facebook friends are hoping I'll shut up about it soon. Most days work so much better. One guy unfriended me with a horrible flounce. "If you love your schedule so much, why don't you MARRY it!"

Which is absurd because I would marry Sonnet 23 before I married my schedule (although I might marry my schedule before garlic) but I'm fairly sure that none of it's legal until we can marry our vacuums or pets. But I have been assured by opponents of equal marriage that it's all coming so maybe me, Sonnet 23, garlic, and my schedule can be in some freaky commune/four way marriage.

Wednesday is still a little wonky just because I watch The Contrarian, teach at night, and then have to come home at eleven to dump the cat boxes and put the trash out to the street. However, switching "major update day" with "fluffy bullshit jazz hands" on Wednesday has made all the difference.

Fridays though....Fridays have become their own beast in this new schedule.

Normally under the new schedule I try not to sit in front of the computer kind of working and kind of procrastinating. Instead, I retreat to the table I've set up in the junk room in the late evening and write until the early morning. I can really work hard and fast late at night. (That's what she said.) Part of the whole "new schedule" is a more Work-Hard-Play-Hard approach that doesn't chew through so much time. The problem is that I get handed a baby in the morning at 8:30.

So...naps aren't just me being a gentleman of leisure with my blissfully lackadaisical schedule. I actually need them to get enough sleep.

This is where Friday fuckery comes in.

My Contrarian-watch flips from 9-2 to 1-6 on Friday. That's right when I take a nap most days, I try to sleep in on Friday's but I'm not in my 20s anymore. While I can still change my schedule around in general, I can't just sleep in ONE DAY a week anymore, so I usually wake up on Fridays within a few minutes of 8:30 anyway.

I may have to rethink the whole "daily nap" thing, and just get a proper night's sleep, but that means I'm going to have to be better about pushing back against Unsupportive Girlfriend's encroachments to writing time as well as give up on writing at night, which is my best time. She glares at me or lights my bedding on fire (while I'm in the bed) if I skip out on dates or can't hang out when she gets home from work.

It's all very emo and first-world problemy, I know so if you're having extraordinary success containing your tears, you don't have to apologize. The problem is if I can't sleep in every day (I can't) and I can't take a nap EVERY day (which on Friday's I can't) I'm not going to be able to stay up late writing, so have to come up with a plan C. Theoretically it's the same 16 hours (I sleep eight hours so regularly you could almost set a watch to it) but as I'm learning with the schedule itself, configuration sometimes makes all the difference. Unsupportive Girlfriend isn't going to be too peachy keen if I can't do an evening date until The Contrarian is in school because that's my writing time.

Dammit, why didn't anyone tell me these kids took up so much time. The refund policy on these things is, like, worse than video games.
at November 07, 2014