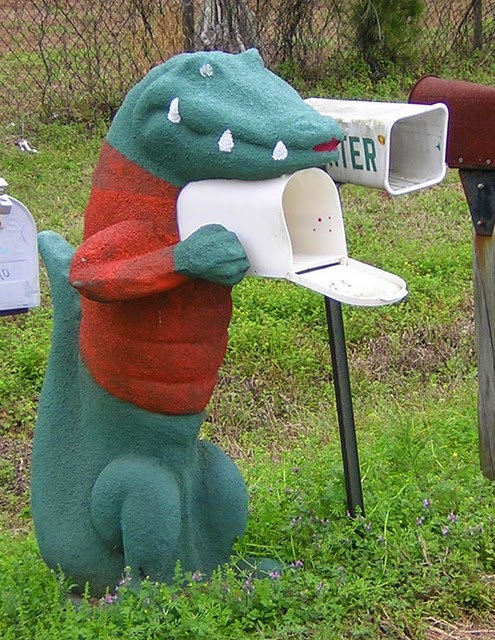 How do you write when you're angry?  Should The Contrarian wear a cape?

[Remember, keep sending in your questions to chris.brecheen@gmail.com with the subject line "W.A.W. Mailbox" and I will answer each Friday.  I will use your first name ONLY unless you tell me explicitly that you'd like me to use your full name or you would prefer to remain anonymous.  My comment policy also may mean one of your comments ends up in the mailbox. Mailboxes will now be written on Mondays.]

I have a simple question, though I'm not certain if this is the proper place to ask. If not then I won't feel bad if this is deleted. Question: How do most of you continue to write when you're angry at the world...well, much of the world, at any rate? I am finding it difficult to think of the story when my thoughts are on the reasons why I'm angry. Since I seem to be angry much of the time, as late, I am making no progress. Any suggestions?

Delete your question? For shame! I can't promise that I'll give you an answer that isn't best printed out and used as toilet paper, but if it relates to writing and isn't ten billionth complaint that I have the temerity to suggest that people who want to be rich and famous authors need to write more than one month a year, I will always give it a try.

There a really bad movie that I'm hoping you've seen called Reign of Fire. It took a great concept, Christian Bale, Matthew McConaughey, and a special effects budget bigger than the GDP of Bolivia, and shat so hard on all those things that it instantly became a cult/camp favorite for how deliciously bad it is. (Maybe it has something to do with a modern-day soldier jumping sixty feet through the air with a battle axe. I don't know.)

My own memory of this so-bad-it's-good movie will always be sullied by the table-flipping rage of my first viewing. I saw it in the theaters and this couple, heedless of their special place in hell next to pedophiles and Malcolm Reynolds, brought their kid who cried basically through the entire movie. They didn't even take the kid out calm it down and try again. They just literally let it sit in the stroller, crying. They had obviously reached that point where they could tune the kid out and didn't give a shit about anyone else in the theater. By the end of the movie, my ex-wife decided to bless their movie going experience with one more enraged dragon.

It was....fucking beautiful to watch.

Anyway the point was that in this festering boil of a movie, there is this one moment where the movie's plodding dialogue being gritty like P-1 Sandpaper actually works within the scene. Quinn (Bale) is climbing up the same shaft he did as a kid when the very first dragon awoke and started the reign of fire. (And can I just take this moment to pedant out and say that if it's got two legs and wings for forelegs, it's technically a wyvern, not a dragon, kthxbai.) He has this flashback of his childhood and freezes up. Van Zan (McConaughey, and yes I know how ridiculous the name Van Zan is) looks down and says, "Quinn! Use it!"

And nothing more is said. The audience isn't spoon fed. We don't know how Van Zan looked at Quinn and thought, I bet that guy's having a PTSD flashback. He's got that PTSD flashback look on his face. But however he figured it out, his response was perfect and Quinn ended up climbing that fucking ladder with renewed sense of purpose and gusto.

Some six paragraphs later, I've finally gotten to the fucking point. There's this sense that writers can only write when they are zen with the universe and communing with the page. That their stories have to come from magical happy inspiration. That is fucksticks. Unless you're writing blender repair instruction manuals, Susan, you are an artist, and you should be feeling the depths and heights of passion and bringing that into your art. Yes, you pour out those rainbows and lightning bolts when they happen, but you also reach down into the dark place and splat the bile. Don't hold your joy or your ecstasy or your sorrow or even your rage back from your writing. Get it ALL over the fucking page.

If you are angry, write angry. The whole point of the arts is to bring your emotions roiling and seething into an expression that another human can't ignore even if they want to. Write a seething character into your story (or a story about a seething character) and explore their point of view. Let your existing characters have a bad day and get pissed themselves. (No one on this Earth is always in the same mindset day after day–why should our characters be?) Construct bitterly ironic plot situations and shape cynical satire with them. (Gaiman recently wrote a piece about how angry Pratchett is.) Anger is almost always fueling the best humor. Let your rage out of the pen (see what I did there) and let it wander around the page and knock things over. You might find that you really like the tone that comes from writing angry, and you will end up reading the news every day to get yourself pumped to write.

It also might help to take time to write about the reasons you are angry. Maybe a free-write or some kind of non-fiction article if you're up for it. I sometimes can't do any fiction writing until I've had a good session pounding keys about some social issue that's chewing on the inside of my skull. Whatever you're angry about, maybe you should just write about it directly and get that catharsis. Then maybe once you've vented some of that pressure off directly, you can turn to your fiction.

But whether you bring it into your fiction, write about what's upset you directly, or some combination of both, the key is to.....(dramatic pause)....use it.

What are your thoughts on any need that The Contrarian might develop to wear a cape?

No capes! This kid is already walking a dangerous line with mind control powers and a penchant for destruction. I might be able to handle an anti-hero, but if he goes Sith on us, I'm going to be pissed.

Do you remember The Electrocutioner? Tall, lightning powers? Great as a kid. Believed in justice. Always helped the bullied kids get their toys back. Threw on a cape in '76, said it made him feel "wicked powerful," and became a villain inside a month.

Turbine X! Stopped fifteen bank robberies and a tropical drug cartel banana republic along with untold street crime. The start of a brilliant career. April 11th, '81, he added a cape to his ensemble because he loved the way it brought out his powerful features. Four weeks later he's using his air suction powers to make Bob Marley's death look natural.