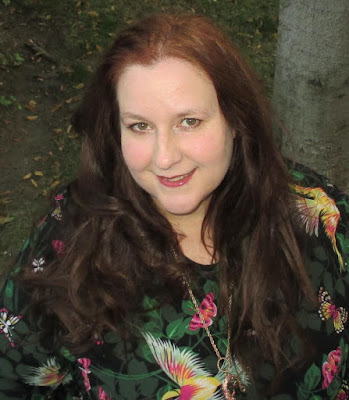 "Oh, you're a writer? So, like, um, wow, you probably live in a really tiny closet, yeah?"

Um, like, yeah, and in the morning, I mail drafts to a publisher that I wrote with charcoal on the back of a shovel I found in a desanctified cemetery.

"Yeah, I figured. That's why I could never become a fulltime writer. I just can't see myself ever wearing used socks and shopping at SauronMart for gallon jugs of pickles for dinner. And don't you feel isolated with no friends except the nice lady with all those cats?"

Hey, don't knock it; those cats keep the were-rats out of my cream of pickle soup.

I'm sorry. That's mean. I should be thanking you for recognizing that writers are as dedicated to their work as other people who run their own businesses.

It's that there's this meme that all successful writers spent their early writing years struggling in miserable poverty, accepting handouts and pity from Calcutta.

Well, there's some truth in it sometimes, though my particular situation is pretty darn good. And the meme even means well as a caution to dilettantes. But there's more to it. The meme doesn't account for choices nor the benefits of sacrifice.

"But I heard that the best writers starve and -- "

Being a writer is being an entrepreneur. Stories and essays are our products, and earning money for them is business. Like any sole proprietor or small partnership starting a business, the early years involve sacrifice and battling red ink. For some, it's like living the life of Jane Eyre. For most, it's a lot of First World sacrifices.

What makes these sacrifices work is that we replace the sacrificed objects and ethereal bits with writing.

"Uh, that sounds like a platitude or something coy you tell yourself to feel okay with giving up stuff."

There's an intrinsic difference between a Writer and a hobbyist. To me, these are transactions or trades, not sacrifices. I give up stuff and in return, I get to write. My supposed sacrifices don't feel like sacrifices in the conventional sense.

Stuff owns us in ways we can't own stuff. It's like that passive-aggressive, ostensibly well-meaning friend that everyone seems to collect at least once. It insidiously makes us spend resources, whether time, energy, money, or all of these and more. We drag around stuff, housing it, cleaning it, fixing it, replacing it.

Like that vampiric friend, we can drop the stuff and walk away. Maybe there's a residual drag in our hearts. Maybe the stuff even inflicts guilt.

But it doesn't last. Eventually there's a bounce in our step. We might even marvel that we tolerated all that crap. That bounce is freedom, and freedom opens all the possibilities of paths newly cleared of debris.

I make the so-called sacrifices that I need to make to achieve the results I choose. Instead of becoming a neuroscientist or a corporate executive, I have time to write. Instead of valuable baubles and a closet full of handbags, I get to write. Instead of a fab gaming laptop with an awesome graphics card, I have a chromebook and an Evernote app.

There's a staggering amount of more things I could give up, but I'm happy with the current balance in my life of trinkets and time to write. And I really wouldn't have been happy as a corporate exec. That neuroscientist one stings a little, though.

Yeah, I wish I were brain mapping. I wish I could take long vacations in Hawaii. But first world problems, you know? I'm a writer. So I write. Wherever I am. With whatever tools I have. It doesn't really feel like sacrifice.
at September 24, 2015