Fridging: Who's Dying for Whom?

I’ve seen this macro going around a few times, and I’ve even shared it on Writing About Writing's Facebook Page once or twice. But there’s actually a pretty conspicuous absence on the reasons not to kill a character side.

Let me give you a hint. If you’re a white man, you probably have no clue what I'm talking about.

Not to be confused with frigging, which could be fun if done with enthusiastic consent. Or alone. Really lots of ways to make that one awesome. But no this is fridging.

Even without any other problematic elements, fridging is a sign of extremely lazy writing since it is a cheap way to motivate the hero, move the heroes quest forward, or to incite their anger. Like if writing were household pets, fridging would be a cat–a cat who sleeps next to his bowl so he doesn't have to get up to eat. That's how lazy it is. And just to anticipate the spectacular wave of "Yeah but what about....."s that are coming like the wave in Deep Impact, anything (even what is lazy writing when done by most) can be earned. However, if a writer can't portray a situation that enrages a character without just killing off their friends/family/lovers JUST to piss them off that plot is not engaging on its own. If a character is so meaningless that the only thing they're good for is to die and raise the stakes, they're not actually a very good character.

If a writer can't think of any way to raise the emotional stakes than to off a character, they're being a very bad writer. No biscut.

Again.......let me make sure I'm crystal cliché clear about this: it's not that a writer can't earn it when it comes to a fridging, but they should know what kind of long and deep legacy of bullshittery they're getting themselves into even if they think they "have a totally rad narrative reason" for killing a character to upset the main character. Chiefly because every writer always thinks they have a totally rad narrative reason for everything they do, and believes they are the first person ever sent from on high the creative realm of the gods to deliver the celestial Totally Rad Fucking Reason™ for their character deaths and would never ever fall into the same old clichés.

Does this mean a character can never die? Fuck no–waste those puppies. Does it mean that the character can't be motivated by rage? Hulk out with your bulk out. Does it mean that the villain can't kill anyone just to piss the hero off or even leave the body right where they can find it that will cause them the most angst? Nope. In fact, some villains do exactly that just to turn their asshole up to eleven. What it means is that the dying character should be fleshed out enough, vibrant enough, interesting enough that their death resonates with the reader on its own.


Second Season Buffy the Vampire Slayer Spoilers
Like, big ones.

You can also get the "Uncle Ben/Ben Kenobi" sub-trope (which often ends in a death) where the mentor character is there pretty much not as a fleshed out character, but only to be the mentor to the hero.

If the problem of fridging ended there, it would probably be enough for writers to simply make sure that character deaths happened to interesting and fleshed out characters with their own arc. But there's another pitfall that is so common that it can't go without mentioning.

Fridging goes beyond this one "find your dead body and now I'm upset" trope. That just sucks and is lazy.

But fridging gets worse.

The term has broadened when examined through some particular weaknesses in mainstream media. In particular, we see that it is very, very, very common that the character is a woman or POC (or especially a woman of color) and is killed in the story chiefly as a plot device, so that the heroes either will or can carry on with the quest. Either the death saves the characters or it gives the characters some kind of emotional gumption to carry forth. Sometimes giving the heroes what they need ends up having a price that the fridged character pays. It also refers to the extremely high mortality rate of women characters who sleep with the protagonists–especially if their death is what prompts the hero to care about something or realize that something is going on.

Now this is a cultural trope, so no ONE show, book, story, whatever should shoulder the sins of all, even if we use it as an example, but let us pause for a moment to think about exactly why it is that it is so fricken common for women and POC to die for the sake of the main character's broader arc. Could it be because so few main characters aren't white men? Or perhaps because so many characters who aren't white men don't have engaging character arcs of their own?

The answer is yes.

There's a bit of a chicken and egg situation here. Not only are far too many protagonists cis het white men because that is seen among social hierarchies as a sort of "default" position for humanity (and if they are not a cishet white man, they are only one characteristic removed), but the most expendable characters also tend to be the ones most marginalized. They aren't deep, fleshed out, engaging characters with their own compelling portrayals, so they tend to be the first ones a writer thinks of (either when they lazily reach for a character to kill off in order to raise the stakes or when they problematically decide that the main character's arc requires sacrifice). If people of color and women characters were getting more important, dynamic, vital, interesting, exciting characters, they would be much less likely to be tossed under a writer's proverbial bus simply to raise the stakes. And if they were more often the main protagonists, the whole dynamic wouldn't have that sick feel of marginalized people always dying so the white guy can soldier on.

[If you need an example, randomly select any five episodes of Supernatural and there’s a pretty good chance you will see it more than once. Even though Sam and Dean are effectively immortal, it seems like every season a new group of marginalized people either die to help them, die to make them emotionally invested, or die to show the audience that this is srs bzns.

Or just read some G.R.R. Martin]

And if you want to know just how big this problem is in our media culture, try to come up with a robust list of white men who have died so that the women and/or person of color protagonist can keep going. It's not that there aren't any (Divergent springs to my mind), but it's actually tough to come up with more than a handful of examples.

Fridging sometimes feels like it should be a good thing. ("Good fucking lord–look at those incredibly high stakes!") Realizing that it’s a powerfully overused and harmful trope is actually a little counter intuitive for writers without the context to realize how overdone it is and how often it targets marginalized groups.

After all, if you’ve added a character who isn’t a white male, that's awesome right? And what a better way to honor them than to have them demonstrate their character with a noble sacrifice. Or to set up a power dynamic where the white characters can’t progress without their help or insight. That makes them important right? 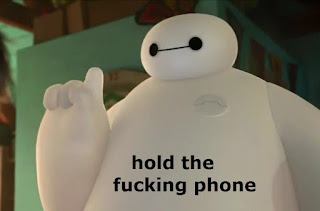