The Year of Fail In Review (Personal Update) 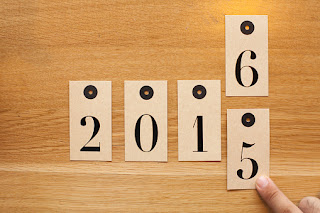 Unless you're one of the greatest writers in your language within a generation it is absolutely inevitable that you are going to fail as a writer. This is simply a fact.

Even the most popular writers of our day have their stories of failures. Years of rejection or toiling in ignominy before they were published.

And, honestly, even those popular will probably fail again; it's just harder to tell that because economies of scale affect the kinds of goals they set in ways most of us back on Earth can't see. I doubt Andy Weir or J.K. Rowling will ever worry about getting a publisher to pick up their next book (or anything they write ever again), but they certainly might have a week where they write a few hundred words instead of five thousand and feel like a yutz.
Well, I suppose there is also the possibility that a writer could never really try, and then they don't have to face failure at all, but that is really just its own slow, torturous failure that ends in a hospital room that smells like bedsores, Bengay, and regret, telling the great granddaughter (who's trying to defeat Tabuu with perfect health) that she's got to chase her dreams or she'll die a hollow husk of a human like they are.

"Listen to me and put down that Gameboy. I'm dispensing folksy old person wisdom here." 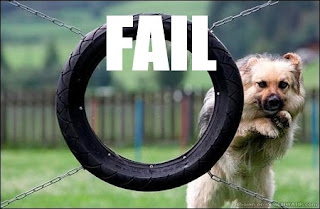 Well, anyway.....  The rest of us are going to fail. Sometimes quietly, sometimes spectacularly, and sometimes on a writing blog for all the world to see because it's important for young writers to understand the "behind the scenes" of process and not think that good writing simply springs magically from the inspired butts of muse-fellated geniuses.

But the failure is going to happen. Publishers will reject us. We won't win contests. Royalties will never catch up to the advance. The self-published book will not sell enough copies to reach minimum wage for the time spent writing it. Blog posts will go up late or not at all, or will use "yore" for a possessive. The novel won't get finished. The daily word count won't be hit. We will fail. It will happen and if we don't sit down in the mud at the first sign of it and give up, we will probably fail a lot.

This year, I failed.

I failed a lot. I failed hard. I failed...thoroughly.

I hit none of these goals.

Full failure across the board.

There are reasons. I didn't just blow the whole year playing Witcher III. Two thousand fifteen kicked off with cancer and never really let go. I feel like life was a dog worrying the chew toy of my cope. Friends have been committed. Loved ones have undiagnosable anemia. Relationships have gone through the dark night of their soul (and still are). And through it all a certain toddler has learned to take only one nap and have an opinion on television that appears to favor shows that make me want to spoon my eyeballs out faster than if I'd gazed longingly at Cthulhu.

Depending on how I'm feeling, these fall somewhere between legitimate mitigating factors and stinky asshole-metaphor excuses. But however I internalize them, the fact is that I failed.

So as a writer, and as a writer whose life is on display for other writers, I'm going to tell you that it is important to keep two things in mind.

Number one: My failure is other people's success.  I wrote every day. I published things that thousands read. I was paid for my work. And I can pay a small chunk of my bills from writing. Many writers think of these accolades as pipe dreams. It's important to remember how far we've come even when we fail to hit the goals that drive us from our comfort zones.

Number two: Everyone fails. Not everyone fails so completely as I have, but there's nothing really exciting about that part of the story. The actually interesting part of this journey is what is going to happen next. It is how we react to failure that really matters. When you fall face-first into the mud, the temptation is to stay there. To give up. To go home.

Or I could keep treading water the way I've done. After all two year olds are easier than one year olds, right? And I'm sure no health problems will possibly happen this year, and nothing will go wrong and it'll just be rainbows and threesomes all the way down.

Or, when we fail, we can stand up, wipe the mud out of our eyes, think about how to avoid the same mistakes in the future, crack our necks Bruce Lee style, and go fuck some shit up.