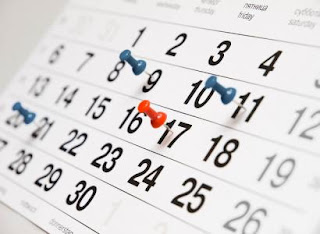 Time was, a post that went up on the weekend, or even too late on west coast hours, would get noticeably less traffic than its bank hours counterparts. However these days weekend posts are not appreciably less page viewed. Particularly "slow burn" topics that get a lot of search engine traffic months and even years later.

I've also consistently been asked to do job two (nannying) on Mondays–often for the entire day. And somewhere to the east of here there is even a tabletop Star Wars game that will fire back up when my players are done with our hiatus. All on Monday.

With that in mind, I'm going to make official what I've been doing impromptu for weeks now. I'm going to start taking Monday off and writing a post on the weekend instead. Our current Patreon level still means six updates a week (at least two of which will be "meaty") but my week will start on Tuesday.

Here is the new schedule. I'm not going to repost the whole thing for such a small change.
at October 23, 2017