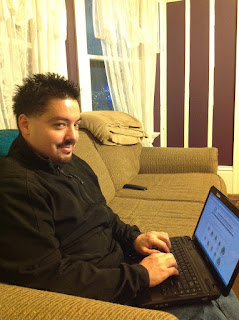 It's about that time. Did you miss me?

Actually we're running a little late here. Usually I'm up and running before the spoopy wee ones take over the neighborhood in their Avengers and Disney costumes. This year, though, Chris (that's the dogooder version who lives above me) has the entire compound on heightened alert because of the Evil Mystery Blogger and I had to spend several hours convincing them that, yeah, I'm totally evil, but I'm evil in a likes-Nano, makes pop culture references that aren't thirty years old, does "the shocker" non-ironically, steals-all-the-Tootsie-Rolls-out-of-their-variety-pack kind of way, not that I want to give a bunch of shitty advice to sincere and dedicated starting writers kind of way. In the immortal words of Starlord: I might be a total a-hole, but I'm not a complete dick.

If you've taken the advice Goody Two Shoes Chris gives about Nano, give yourself an extra hit of bite sized 3 Musketeers and an extra peanut butter cup or two. Go enjoy your lackadaisical paced November and guilt free Netflix binges with everyone else and give us a thirty day break from all your fucking preachy bullshit about how Nano isn't real writing, would you?

We're trying to get some shitty writing done here, okay?

If you're determined to go through with Nano, I'll keep Chris and his "dire warnings" and "heartfelt caution"off your radar for the next thirty days. (It's easy enough to run interference when you don't mind welding someone's metal door closed for a few hours.) I'm trading in his sanctimonious bullshit for a foam number one glove, some pom poms, and if you play your cards right, a pleated skirt in our school colors.

I'll be your emcee for the next thirty days.

Let's fucking do this thing.