Inspiration: It's the Little Things (Also some little things) 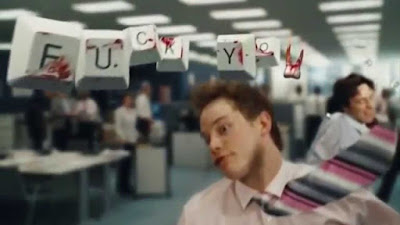 Sometimes you have to just crank up Danny Elfman, and imagine that curving bullets is totally a thing.

I can't really do songs with lyrics WHILE I'm writing. The words in the song tend to interfere with whatever I'm writing. Songs in languages I can't understand are fine, and some artists are hard to understand or just sort of croon out their lines (I can't really understand Enya even when she's singing in English), but the less the words kind of flow over me, the more they are likely to side track whatever word I'm reaching for in my own linguistic efforts. (It was a tough couple of months when I was ga-ga for Hamilton, but it kept making my writing sound like hip hop.)

But lots of songs really get me ready to go, many of which I've posted here, and this one REALLY gets the blood flowing. It's GREAT for starting a session, especially when I want to feel like a bad ass who is ready to take on writing and the world.


Double points when you actually have a day of knocking out the little things.

I have to make a single entry to Facebook's FAQ about our new practice of transcribing posts on our FB page.

It's long overdue to sit down for a few hours and go back fixing entries I never placed into their proper menus.

It's already June. (HOLY SHITSNACKS!!) So it's time to do end of the month stuff for May and also to gear up for summer school.

If you've never been here at Writing About Writing, there's a tough six weeks every year where I get paid phenomenally to teach middle school students. It's probably going to be one of the last side gig/non-writing jobs I quit since it's so well paid and only four hours a day and three days a week. However, those six weeks are a very difficult time for me doing a schedule that is already too damned busy on the best of days, so my posting update schedule usually falls behind.

If you weren't here LAST year, then you don't know that this has a particular meaning since I got my Patreon. (And while you can always sign up to be a patron, this is not my monthly appeals post. I'm going to hold off on that because of what I'm about to tell you.) For those six weeks I replace one of my posts per week with an appeals post. That means six of them in six weeks. It's kind of like a pledge drive for this blog.

It ALSO also means that I need to get some writing done ahead of time or I spend five out of the six weeks writing posts that are like "I'm dying. Send help. Need Twinkies. Aaaaarrrrgh."