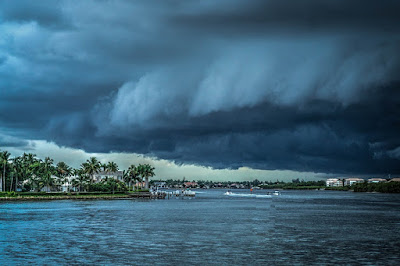 Every year, right around this time, my life gets it's-not-actually-a-Chinese-curse "interesting." This has been going on as long as I've been blogging. Actually EXACTLY as long as I've been blogging. In 2012, I was offered the opportunity to teach a study skills class during the summer at the campus I worked at during the year. Since my regular position didn't come with summer work, this was a dream come true.

The first couple of times it happened I got caught flat footed and spiraled out of control pretty hard, and the first year with a baby was pretty wild. Last year had some challenges I won't have to face this year (I had to write two curricula on the fly), but even so it was better than the year before and I've been getting better at at least knowing to expect that I'm going to drown a bit.

But it still sucks and it's hard and it is 12+ hours a week stacked on top of what is already a pretty.....let's say "robust" schedule.


What happens at this time of year.

First of all for six weeks I teach summer school. It's only three days a week. It's only four hours a day. But it's 12 hours on top of all the other plates I'm always spinning. And it's not like my usual schedule has a lot of beach and umbrella drinks time worked into it.

This is also when everyone goes on vacations. My pet sitting side gig is abuzz. I'm steadfastly refusing to double book myself while I'm teaching (and so far no weaponized guilt trips have crumbled the walls of that boundary), but the entire six weeks has already been Tetris'ed up so that I'm on a job the entire time.

What that means for all of you

I'm going to be less awesome at keeping up with blogging stuff until late July. I hate to have this come on the heels of being sick and that week of a thousand horrors. I would always rather my known periods of crappier productivity come after I show you all exactly what I can do (especially when I start asking for money), but sometimes we don't get to pick when the bullshit meteors crash into the unsuspecting villages of our lives.

Last year I ran a "pledge drive" in the style of National Public Radio or other broadcasting charities. It seemed to work pretty well and most people weren't jerks about seeing a post every week because they knew it was going to end. This year I'm a tiny bit less panicked about trying to hit a specific number because the side gigs are actually more than I can handle most of the time, and all of them show signs of growing rather than tapering off. Money's kind of fine in a weirdly uncomfortable way that I'm not used to. However, I would LOVE to be able to hang up my pet sitting business. And it looks like insurance and taxes are going to go up. It's a thirty kinds of blessings and a privilege to have a little gig that doesn't interfere too badly with writing, but I'm still running around the bay area way more than I'd like.

What you probably will notice

*me with a shaft of wheat between my teeth*

Howdy. Folks please notice that my super busy times involve me writing less and moving things around and even knowing I'm going to need a day off that I don't normally take, but when folks scratch their heads and say "How does he make money doing this thing I've dreamed of making money doing all my life," I would like to point out that part of the reason is that I never stop writing. No matter how harried I get. No matter how impacted my schedule becomes. I make time for writing. I keep doing it. I don't put the blog on hiatus. I don't take a break that could turn into a LONG break. I don't walk away. I fiddle with the knobs, and I keep writing.

And if you want to be a capital W writer, when your life turns up to eleven, you should keep writing too.
at June 18, 2018