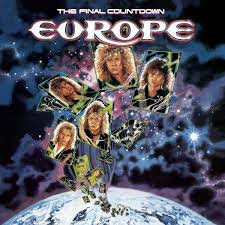 I am now in the final week of summer school.  Three more days. Nine more classes. Six hundred and thirty minutes of class time. Thursday at 4:10, I blast off to freedom. 248,400 seconds (not including the drive home).

Things around here get a little weird during the last week of summer school, so if this is your first run through this part of the year here at Writing About Writing, let me let you know how the rodeo goes.

First off, I've been hanging on like Frodo in Return of the King.....during the last half. I'm probably not so exhausted that I need a westwardly trip to Valinor, but a couple of days actually off is in order. And I've been spending the last five weeks basically ignoring every other part of my life (including this stack of emails that, were it physical, would be taller than me).

Our regular schedule will go back into place the following week. And we will hit the ground running. So for now...we are in...THE FINAL COUNTDOWN!