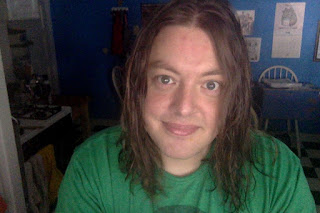 Somewhere in the metaphor dimension there is a wall. It's not a big wall. Not particularly tall or wide or thick. But it is made of brick, and it is solid. In this wall is a Chris shaped indentation where, in particular, you can see my facial features with shocking detail (in reverse of course). This is from where I ran into it face first, pretty much at full speed.

Despite a careful regimen of self-care (including a horchata every day after teaching so you know I was totally serious about being nice to me) I simply have too many things going on that I don't really want to back burner. I did everything I could to make the six weeks of summer school easier, but it wasn't really enough.

I refuse to see the smol human any less. I refuse to go to ground for six weeks and have no social contact with loved ones. I refuse to stop writing. And while I don't do any double books for pet sitting, summer is prime vacation time, and I can't just shut down for the duration.

A couple of weeks ago I worked a job in Nob Hill where there was no parking at all, and I had to bring my stuff, drop it off on the first day, and then park my car back in Lafayette, BART in and out of Civic Center each day, and walk from Nob Hill to the BART (which if you don't know SF topography and geography is about 15 blocks at a 45 degree angle through The Tenderloin). It was a very difficult job, but I had time to read on the BART and I was getting some good, vigorous exercise every day. That turned out to be really, REALLY good for me. I was busy AF, but I had a lot more cope in my cope-tank. It reminded me that me and me really need to have a sit down heart to heart about priorities. I need more time to read and exercise.

I can't keep doing fifty thousand side gigs. It was necessary when I first moved out and had to figure out how to make ends meet, but now it's holding me back.

Technically I know this wall. My face has rammed full speed into it before. I’m familiar with its brick contours. This wall and me, we go way back. This EXACT wall and me go back five years when I first started teaching summer school, but I've been plowing into walls just like it for most of my adult life. I know this wall all too well.

Every summer during summer school I hit the point where I can’t. (I literally can’t even.) It’s one of the ways I know roughly where my upper limit for sustained weekly work is (About 80ish hours). I can flash fire the engines as high as 100 in a pinch, but only for a week or two.( And I know THAT because of final papers week in college and one particularly rough month in 2016.) But if I need to sustain the effort, 80ish is about my upper limit.

Every summer I take on this teaching job, which is an extra 20 hours a week, and push myself up closer to 85+ (it's been more in the past, but these days I know to trim work where I can). And every summer, like clockwork, about five weeks in, I slam into the wall, crash, and burn. I just stare at the blank page (well....screen in my case). It's not writer's block––if anything I usually have this frustrating backlog of ideas––but I'm just exhausted.

It would be almost spectacular if it were literal. Like Old Faithful. An entirely predictable display of nature's unrelenting fury. ("You can't do it." "Watch me." "Boom.") And these days, I have doctors orders to go a little easier on myself lest I go down from exhaustion and start sleep walking through entire days.

Rather than ramble on, let me use this to spearhead three points:

1) The question I get the most is some variant of HOW DO I DO IT? How have I made writing into a career, gotten enough money to (barely) live on, readership, and more, and this is one of the answers. Right here. You're watching it unfold in real time as is this blog's Mission Statement.  I DON'T back-burner writing. I NEVER treat writing like it's the thing I can push to the side. I write as hard as I can and sometimes that means I hit a wall at full speed. 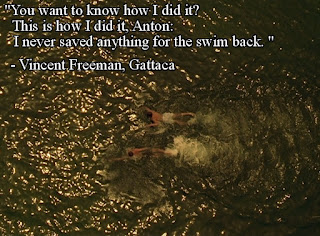 2) There's good news. One of my side gigs has just gotten an extension of at least five years and a bump in hours. So there's some security there. Another situation is a property management gig which I'm doing some admin work for right now, but may, in a couple of years, cover my rent for not too many hours of work per week more than being a presence on site. (Perfect for a writer who works from home all day.) So I can probably phase out the pet sitting over the next year and change, or at least limit it to the close and easy jobs.

3) I also might be able to phase out this summer school nonsense and not run into the wall face first NEXT summer. (Wouldn't that be fucking spectacular!) Though I thought that summer school was going to be a thing for years because of how much they pay, as soon as next year, I may have a situation that is better without.

However, being able to drop that gig might be more up to all of you. If you want to help me not have 80 hour weeks and need five side gigs to keep the lights on and the Chris fed, consider dropping as little as a dollar a month over on my Patreon. (Yes, this is the 5/6 "pledge drive" post, but I figured I would break from just the straight full court press of the last few Wednesdays.) If I can cobble together enough to get by (without renouncing vegetables and my cell phone), I'll drop the teaching gig, which will give me a lot more time to write, and will mean I don't spend six weeks every summer doing a pledge drive like this one.
at July 18, 2018