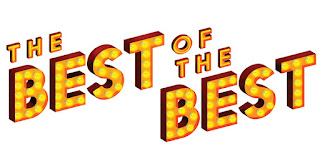 Rounding up the best of 2018 presented its own particular challenge. It would be easy enough to just round up the ten posts with the most pageviews (a bit time consuming, but not particularly hard).

This year, I had to account for Facebook's fuckery. If I just took the ten highest viewed articles, they would all be from before mid-October (when FB engaged its hugest algorithmic throttle to date in an effort to squeeze page admins). But what I wanted was the best performers not just the highest numbers, so I had to kind of look at how the posts after the throttling did compared to all the ones around them and pick out the few that performed well relative to the others.

Actual Protip: Don't Do This
When you work in traditional publishing, it's not a good idea to drag members of the creative team that helps you come up with your final product.

Words Fucking Matter
When the president calls asylum seekers at our southern border "animals" it matters.

The Buy-Me-Lunch Answer About My Gender
There's the "Hi, we just met" answer, and the one I take the time to explain over club sandwiches.

"Why Didn't You Report It At The Time?"
As a survivor of rape, the Kavanaugh confirmation hearings were PARTICULARLY difficult.

Won't Someone Think of the Straight White Males (Mailbox)
The Year of Diverse Polls are over, but boy they pissed some people off.

Duck Shaped Bigotry
A phail shaped like a duck is not a real duck and no one is fooled that there isn't liquid inside by naming it.

Narrative Distance
Point of view is just the beginning.

Ten Flavors of Gamergate Fail
A rescue from another blog. A few years old but it didn't keep people from checking it out.

Fake Geek Girl: Misogyny not Elitism
Another rescue from another blog.

15 Things Dungeons and Dragons Taught Me About How to Write (Part 1)
Get your geek on and learn some valuable writing lessons. It's time to roll for initiative.
at February 20, 2019