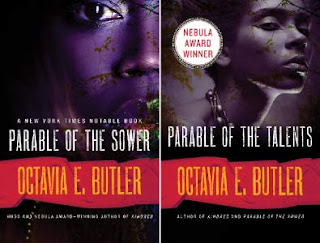 It is absolutely your last chance to vote! Results go up Monday.

Did you forget we were in the middle of a poll? Well, we are, and it's almost over. Your nominations have formed our poll, and now it's time to make your voices heard. So take a moment to vote for your favorite book that isn't classic, but isn't super contemporary either.

The poll itself is on the bottom left of the side menus, below the "About the Author."
at January 10, 2020