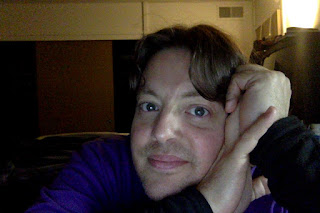 Having been introduced more times than I'd care to admit as "The Writing About Writing guy," I vacillate between being thrilled that my work precedes me and mortified that no one seems to know who I really am.

While I no longer feel quite the same need to justify my presence in the blogging world as I did when I first started or to defend what business I have telling other people how to write, occasionally someone still whips out the ol' "Why should I listen to you?" (Hint: It was never going to be the shrimp puff recipes.) Usually they don't realize I'm a working writer, and on at least one occasion they insisted that if I really wanted to write, I should check out Chris Brecheen's blog. Yep, I got hipster stret-creded about my OWN work.

I’ve been a managing editor of a literary magazine. It wasn't the happiest time of my life, I had the director bait and switch me to cover a position I didn't want with the promise of something she NEVER intended to consider me for, and I'm pretty sure my EIC was actively trying to make me cry, but I learned a lot, especially about the business of publishing.

In high school, my friends started wanting to read my writing. I was pestered over whether or not I had written any more. My work was passed around and giggled at. By my junior year, I hit another bellwether: a 100-page TYPED manuscript. A friend of mine read the chapters serial-style as I was writing it, but when I was done he asked for the whole thing so he could read it...again. "I want to make sure I didn’t miss anything," he said. 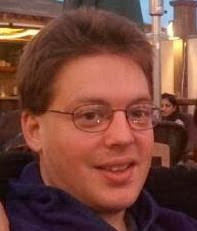 
So I may not know every last detail of the publishing industry or where you should personally go with your Gothichopepunk Vampire Love Triangle story, and I certainly don't seem to be able to write the OKCupid profile that brings all the milkshakes to the yard, but here's what I do know: