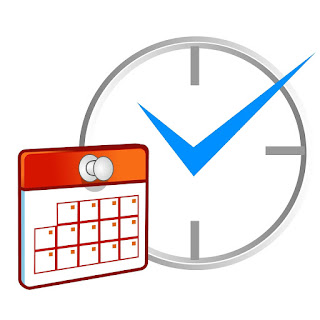 [Given the lower traffic on bank holidays, I decided to update another one of our end of year/beginning of year administration posts. It might not be exciting to most, but a few of you might like to see what "under the hood" looks like for a working writer.]

While most of you just click the link I put on social media when you see that something I have written interests you, there actually IS an update schedule here, and in 2020 it's going to have some pretty significant changes.

Writing About Writing consists chiefly of one guy who takes care of a 5-year-old and a toddler, is writing a novel, posts on another blog (and only then when his thoughts are a bit too prolific for his Facebook wall), and sometimes even does really wacky shit like play D&D or even try to get laid.

He is also a working writer though, so he better stop making a bunch of excuses and make with the clackity clack.  This is the schedule we will generally make an effort to keep. I say "make an effort" but I have to be honest about two things. #1- I have written posts from my bed with 102° fever and from coffee shops out of state and while on vacation, so it is very likely that no matter what happens, you will get about the same number of posts week after week.  #2 I am absolutely balls at keeping on top of WHAT gets updated on WHICH days, and I am likely to mix things up if I SNEEZE too hard.

Thanks to my patrons, I have been able to quit part time teaching, pet sitting*, and cut back on the amount of nannying I do as a side gig to focus more and more on writing. If you would like to help us write more and better updates, even a dollar a month helps me budget.

*I still have a couple of close, super-easy clients, so you might see me post about this stuff, but I don't run all over the Bay Area anymore.

We need (at least) one dedicated day a week to kind of take care of what I call "jazz hands," although it might be better described as "admin-ish stuff." It's not necessarily Total Fluff, but it usually isn't a new article. We are constantly running some kind of "Best Book" poll and the calls to nominate or vote go here. The review of the best posts we did in the month prior. Often we have some kind of announcement or meta news. You might also see a single entry for the long-forgotten character lists or an update to one of the menus (along the top of the page).

Mailbox! Now that the chaos of the last few months is shrinking in the rearview, I'm going to give our most popular type of article the weekly post it deserves. Usually it's only one question, but sometimes I can tie a few shorter ones together with a theme. If you'd like a question answered, write us at chris.brecheen@gmail.com

Monday is going to be Schrodinger's Post for now.

I have a new schedule, and I probably could do five posts a week. But it's probably best if I let Treebeard say "Let's not be hasty...." to me a few times before I commit.
So before I dive into a blog posting schedule that has me singing "Livin' on the EDGE*!" I'm going to just say that Mondays exist in an ambiguous quantum state.

(*And honestly, I'll tell you, I'm just going to end up singing "Livin' in the Fridge" by Weird Al and no one wants that.)

Some weeks aren't going to go down like clockwork and they might be front or back loaded with side gigs or other commitments. My writing career is also starting to open up occasional opportunities of interest like conventions, speaking engagements, interviews, or podcasts. I'm trying to be better about the (literally) health-shattering 80+ hour weeks I was working. That's a needle to thread when you are your own boss and you know that people will lower your income if they aren't getting enough of the content they want. So in the cases of major schedule upheaval, I will try really hard to get four posts up. They might just be posted off schedule––landing on a Saturday or Sunday, for example, but barring illness, injury, or fabulously unforeseen circumstances (usually involving toddlers and five-year olds working their chaos engines in tandem) I will try hard to at least hit four.

Priority to Fiction (The Monthly Increase)

The hardest thing I've tried doing as a blogger is keeping my fiction at a high level of priority. It's SO easy to just write a blog, call that my writing, and call it a day. And that's what I'm getting paid for, so it's even easier.

But...as much as I've surprised even myself by discovering how much I fucking love blogging, I do want to write fiction too. And that needle is going to be one I work hard to thread. While I am getting traction out of writing an hour or so of fiction first (so that then I still have to do the blogging in order to do "a day's work"), there may still be times where the needs of fiction completely take priority over blogging.

I'm firmly in the "Write Every Day" camp. But how much I write, what I write, and what takes over the inside of my brain like a rabid weasel demanding to get out, sometimes can still be a creative ebb and flow of being at my Muse's whim.

I'm also going to try something new and interesting. Each month I'm going to take an ADDITIONAL day off to sequester myself and work on my book (as well as possibly other fiction). I'm calling the time on the train January. In February, I will take two days off completely from blogging. In March it will be THREE days. In April, four. Etc....

(Hopefully I'll have something to show for it by the time Patrons might be complaining that I'm not updating enough, but I hope that the transparency and gradualness help in that regard.)

Most of my major writing ends up on this blog (or at the very least, you can find the links to it by looking around on this blog), but some of my more throw away thoughts don't. If you particularly enjoyed our Social Justice Bard posts, don't worry. I do as much yelling at clouds as I ever have.

I also have another blog called NOT Writing About Writing that I update usually once a week or more (although not on any kind of regular schedule) where I put shorter media reviews, personal updates, and political thoughts that don't really tie into writing but that also aren't really short enough for Facebook.

Everything I ever write for any medium (and reruns of my best stuff) gets cross posted to that Public Facebook Page, so join me there if you want to see everything I write.

There MIGHT occasionally be a fifth or even sixth post in a week. Usually this will happen when I need to cover some ground on "blog business." (Like when I revise an old article so much that it deserves a fresh post, update a menu, write a new answer for our F.A.Q. or otherwise do something that needs to get done, but doesn't fit into our usual posting schedule. In this case, you might see an extra post pop up from time to time on the weekend or two in one day. Fiction will also usually go up independent of our regular schedule. Actually fiction usually goes up in the deep of night when no one is watching and I wash my hands twice afterwards.

Also......folks, if you like what I do, support your "local" artist. (In this case we mean more independant, amateur, and two bit than literally down the street.) Stuff a few dollars into that "tip jar" at the top left, or even better yet sign up to be a monthly patron through Patreon and get in on the back channel discussions about posting schedules, big changes, and upcoming projects. I have bills to pay like any other starving artist, and though my schedule is a lot better than three years ago, I'm still working two side gigs to make ends meet. Even a dollar a month (just $12 a year) will go a long way.

Note: Hi there Mr. Elephant. I guess we should address you.

So....yeah. I ABSOLUTELY KNOW that there are a pretty loud contingent of "Who? Fucking? Cares??!" from the other side of the internet, and I'll give you all nod if this isn't your cup of tea. It's cool. You do you. Posts such as this one are my least popular kinds of posts. I'm pretty sure I could film me trying to use toenail clippers to deal with my ingrown toenail and get more hits.

However, I'm not going to stop posting them. One of our mission statements is to keep "The Process" transparent and give you updates in real time as WE learn them, so there will always be an occasional post about the meta. I want people to understand that writers struggle with their own productivity, schedules, and discipline. I want them to see that someone who is making a paycheck doesn't have all the answers. I want them to see how their work life balance matters and how easy it is to fall into working TOO much. I want them to see that a successful blog doesn't require nine updates a week (and, in fact, that's too much). And I want them to see how artists are constantly struggling to fiddle with the knobs and get it just right because they are at once human and also never satisfied but also so dang human with their need to eat and have shelter. They don't just eat rainbows and shit brilliant prose. Even if a follower or fan never uses this as a formula for their own success, let it be a comfort realizing how flawed and human working writers can be.