Bullshit Narrative 7: Knives Are Just As Deadly. That One Time in China a Guy Killed 33 People With a Knife 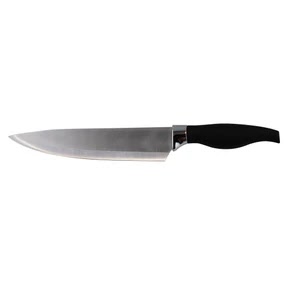 You know there's a reason folks still need to go back to 2014 on the other side of the world for "that one time with a knife" story even though we've had hundreds of school shootings since then.

Also, I don't want to be an elitist, but just for shits and giggles, it would be really cool if folks would actually click that link they find instead of just Googling literally the first fucking thing they find when searching for "deadly knife attack," and getting all excited about the headline/title.

("Need to prove knives can be deadly too. Google don't fail me now!

"That one guy" was actually five guys working as a small unit, and they were part of a terrorist cell of separatists that had had training on how to make their attack as lethal as possible. God forbid we ever have five dudes with auto-converted semi-automatic rifles who have been trained all working in tandem. We'll be lucky if the casualties are in the low triple digits. You know what China attributes to "ONLY" having lost 33 lives to? I'll give you a hint. It starts with a "G" and ends with an "uncontrol."

Entitled, angry men actually do go on knife sprees quite often. That's because entitled angry men will grab at the most deadly thing they can easily get their hands on before they lash out violently at a world with the temerity not to give them everything they want. (But it's women who are the overly emotional ones, right?) The difference is what they are able to do when it's a gun as opposed to a knife. There's a fucking reason most of the knife attack stories out there are about zero or one or two dead people and most of them are only injured. That's terrible, but it's a lot less terrible than when the easiest thing that the entitled, angry man had available was a gun and the body count gets into double digits.

It's just a lot harder to kill people with a knife. Period.

In fact, here's another story from China you're probably less likely to hear about. Just before Newtown, a dude in China went on a stabbing spree and stabbed 22 children. TWENTY-TWO.

It's not exactly a feel good story, but it just shows that no one is going to kill "just as many people" with a knife.

Bullshit Rating: A baked pile of shit in the afternoon sun that you didn't know was bullshit but you discovered was NOT a rock when you tried to pick it up and throw it.