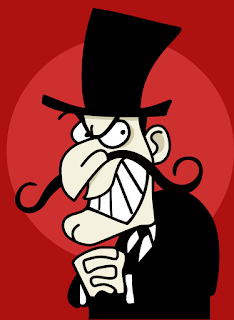 5- You are nominating WRITTEN VILLAINS, not their movie portrayals. While we have all been blown away by Donald Southerland's ability to be actually sinister with Snow's goofball lines in The Hunger Games Trilogy, the book villain is very different.
Posted by Chris Brecheen at 10:41 AM