Falling Out of Warp (Personal Update) 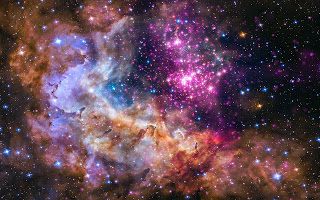 The Hyperbolize is currently travelling impulse speed in the Sel F'carian expanse while Chief Engineer Fordy LaGeorge takes the warp core offline to make badly needed maintenance repairs, including stress warping along the bulkheads and microfractures in the dilithium crystals which, were we to ignore, could leave us on little but thrusters and fusion power uncomfortably close to Driian space.

My own misgivings about this mission notwithstanding, The Federation's need for the assistance offered to us by the Ferengi is dire. Overextended along every front, we will be in trouble in less than a year without an infusion of fresh resources, and who knows how long we would last if one of our enemies took advantage of the situation. Fortunately the D'Kora-class Marauders are capable of high warp in battle circumstances, but not for extended periods. We are entering the fifth week of our six week trek across the Alpha quadrant at speed, delivering children to Nowligi.

While the crew being unaccustomed a heightened level of urgency for such an extended period, their general complaints about holodeck shutdowns and stellar cartography being useless at high velocities are easily assuaged, maintaining speeds over warp seven for such extended periods has caused stress to The Hyperbolize itself that cannot go unaddressed for two more weeks. I've ordered the Hyperbolize out of warp to make badly needed repairs.

Given the distances involved. my second officer, Deets, has calculated a sweet spot warp factor (8.7) that will allow us to bring the warp engines offline each day for long enough for Mr. LaGeorge to do the required maintenance while making up the time in transit without causing undue additional stresses. We will lose some routine productivity, and we will definitely need a loving refit and level one maintenance upon delivery, as well as some badly needed shore leave for the crew, when we are done. However we should be able to deliver on schedule.

I have allotted emergency power to the engineering teams that will be forced to do repairs through our impulse downtimes, that they might enjoy the holodeck themselves while the Hyperbolize is at warp as well as any other recreational activities they may wish to enjoy while off duty. However, for the rest of the crew, these periods of impulse "downtime" provide a splendid moment for a little bit of rest and relaxation. Or, a trip over to stellar cartography if that's more one's cup of tea....
at July 17, 2017