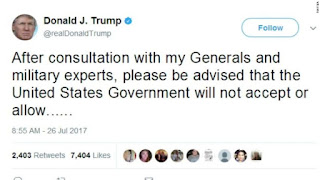 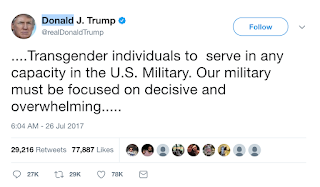 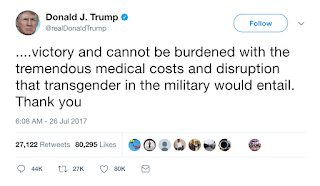 There are lots of balls in the air because that's what life and politics are like, and some people have to triage what they can do. And of course you should keep hectoring your representatives about health care if you don't want to lose it. But if Trump announces a MAJOR policy decision which literally harms (and will encourage further marginalization of) trans folks, that's not a "distraction," and folks who are suggesting it IS nothing but a distraction should think really hard about who they're throwing under the bus to demand the focus stay on what they consider "important."
at July 26, 2017