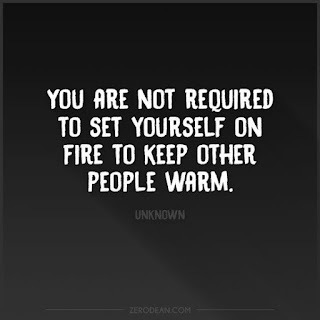 Today I'm going to start a new "segment" here on Writing About Writing. (A new menu for The Reliquary, a new series of posts, a new tag. The whole nine.) I'm writing this post by way of an introduction. You'll see the menu stub go up in the next couple of days, and likely the first article on this topic soon since it's on my mind.

It's a segment about what it means to have a public persona that has begun to be recognizable in more than a casual way to some people. About what it means when your work is enjoyed by folks you've never met. About meeting people through your writing. About encountering strangers who are excited to meet you, and the good and bad parts of being recognized by one's work.

I might be paying the rent with writing, but I'm still cat sitting in order to keep my Prius gassed up, so I don't want anyone to think I've hit the bigtime or have delusions of grandeur.

However, I am writing this blog for, among other reasons, to create a transparent career arc of my experiences both blogging and writing in general. This blog is a daily check in on triumphs as well as trials and tribulations. It is a testament–in real time–to how much work and writing will demand, but also to the possibility that it can offer. The most common question working writers get is some variation on "How can I get to where you are?" and for me all I have to do is point at this blog. The patient reader can see my work develop, my style refine, my prose improve, and my many, many, MANY failures along the way.

I have a Facebook page with close to 2/3 of a million followers as of this writing. This blog has nearly four million page views. I regularly send out thoughts through my public Facebook profile that are shared by hundreds or even thousands. And some of those numbers affect the kind of attention I get back.

A new thread has entered my writing life. One that, in the interest of transparency, I will try to tell you about. For better and for worse, an audience has gathered, and that has begun to affect me, my work, and my personal life. At first it was a comment here, an introduction there. A PM about a post. A friend request because "you wrote that thing." A gushing fan* excited to meet "behind the scenes" me. And not so good things happened as well. My work began to be savaged. My personal emotional safety wasn't always regarded as a human with needs rather than a writer with a platform. People I didn't know started striking up intense and immediately intimate conversations with me. That is to say nothing of hate mail and even death threats. Some friends and family want nothing to do with the attention they get by proxy. People have projected a lot of things onto me including what I can only assume are some powerful demons. And in some ways many have made it clear that they think work and even my existence exists only for them. And I have reacted to them, withdrawing further into a private and public life dichotomy. Ignoring comments. Not getting back to messages.

*And believe me it feels really, really weird to call anyone fans.

Each of these things, rather than being an anomaly, has begun to happen more and more. I've been recognized now a half a dozen times by total strangers. People have solicited my autograph. Complete strangers have told me that they are going to marry me. Folks have started talking to me about something I wrote without saying hi first. And some people have gotten quite upset that I've not lived up to their unrealistic expectations of me. All of this is totally surreal, but I have no reason to expect, unless I stop writing altogether, that these trending lines are going to reverse rather than continue.

I once heard fame for a writer described in an interesting way: "It depends on what room you're in." That is to say that unless you're a Stephen King or J.K. Rowling, a lot of people probably don't know exactly what you look like or don't particularly care. Some people know exactly who I am and what I do and couldn't give a shit. If you're in a room of your readers, a lot of people might be very excited to meet you. If you're in a random room, you probably are just one more stranger. It's not like being an actor where you can't go to the store in peace. But it has begun to be......a thing.

I think a lot of people think they would enjoy being famous. Not enough to really work at it, but they imagine it as being a boon to their life. That most everything would be exactly what they are now except better, cooler parties, more interesting friends, maybe the occasional restaurant owner who says "your money's no good here," everyone will like them, and maybe it'll be easier to get a date on a Friday night (Bwahahaha!). The problem is they forget the other stuff. Even when that's not all bad, those fun bits are tempered with people who think I can do things for them (either substantive like actual promotion of them or their causes or something more ephemeral like I'm able to elevate their station or that somehow gravitas will rub off on them...or something), that I owe them something, that my work exists purely for their sole entertainment and no one else's, that they are entitled to my social time and energy, that I am not fully human, that my privacy doesn't need respecting.

And the death threats....

As with most things, I can't promise a lot of advice, but I'll share what I can, and maybe give you a few pointers about what not to do the next time you're geeking out over meeting someone who's got you a little starstruck. Maybe a few more about what I learn from muddling about how to compartmentalize your life if you start to find your work gaining an audience. So I hope you enjoy some insights and maybe a nugget of wisdom or two about what it means to be starting to see something that kind of resembles fame crinkling the edges out there on the horizon.