And Some Days The Bear Eats You (Personal Update) 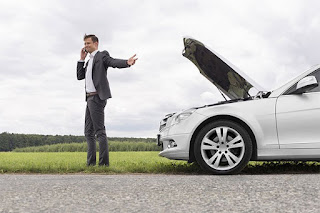 The car I drove to Reno broke down.

At least it broke down IN Reno, and not say Donner summit or something. It's in a Trader Joe's parking lot, and we're going to try to figure out if it was just the cold or something worse tomorrow.

As a sometimes real-time exposé on the life of a writer and the things we have to take on the chin (and if we want to get paid for this fucking gig, come back swinging) sometimes we get to see cascade failures in frightful, real-time detail. When G.R.R. Martin or Stephen King have a bad couple of months no one really knows. I mean maybe a book release date gets pushed, but usually you just don't hear anything and then the book shows up on the shelves and no one but the writer and maybe their agent ever knows how badly things went for seven or eight weeks.

But here at Writing About Writing you get to see the train wreck happening. And the reason I do that is because I think a lot of young writers who think there's a secret formula sometimes need to see someone get clobbered by life and just keep coming back to the page even as their wiping the blood from their nose.  I have written through break ups, through a loved-one's cancer, through depression, through pet death, and basically through the non-hyperbolic worst shit I've ever been through in my life.

The last two months have been such a time (not terribad like 2016, more just spectacularly frustrating). I booked this little mini-getaway long before the wildfires that filled the skies with smoke and cut my productive hours down to one or two in the early morning before my eyes started hurting. Then came the holidays––a particularly busy time for both of my side gigs. Then came the vacation that I set aside plenty of time to write before in prep....but my laptop battery died. And then we got here and I had time set aside to write (yes, even on vacation)....but the car broke down.

And so I'm banging out a few words while Cap and I should be snuggled up and watching Netflix in our post spa-day glow.

I hate to feel like I'm spray painting my teeth metallic and telling you to "Witness me!" but notice that my productivity takes a hit but not a hiatus. Notice that I'm frustrated but I keep plugging away. Notice that I'm dying to get to December 8th and my new fire-free, working-laptop, non-vacation, not-fucking-stranded-in-a-Trader-Joe's-parking-lot, genuine, Grade A writing schedule, but I'm not going to sit on my thumbs until everything is perfect. And as much bullshit as keeps coming, I don't stop writing. I just do it as much as I can, before the smoke gets bad, in harried moments between 40 hours of other side gigs, when I get to a place I can plug in, or in hotels after a frustrating hour trying to get a jump (to no avail).

So that's all I've got today, I'm afraid. An extra shitty day with the impeccably bad timing of being on the end of an entire frustrating month and the folksy wisdom that OF COURSE some shit is going to affect your writing, but don't ever let it stop you.

Perhaps the next time we meet, I'll have a boring story about the car that just wouldn't start in the cold, would start when it was warmer during the day, and we'll be back on track with scheduled posts right away. Or perhaps you won't hear from me until next week, and I'll have quite the adventure to relay.

But no matter what happens, no matter how irritating and table-flippingly infuriating this all gets, and how my Official Blog Writing™ is impacted, as long as I have the capacity, I'll keep writing. From a waiting room in an overpriced car repair shop if I have to, while I pretend to ignore the receptionist supercilious glare at my commandeering of the plug, but I'll keep writing.
at December 03, 2018