September, October, and November's Best (And a Bit of News) 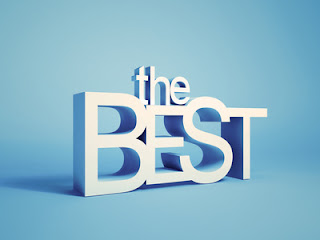 We have three for the price of one today since I'm still trying to fit all the admin jazz hands that I used to use as filler into a three-times-a-week update schedule.

Something happened in mid-October and I think I've accounted for it in the monthlies (though I'm going to have a bear of it when I try to figure out how to rank the entire year). Facebook pulled the biggest algorithmic throttle it has EVER done. My numbers from FB dropped by a factor of ten. Suddenly I went from 10k articles and quarter million months to being glad if I could break a thousand most days.

They've billed this massive impact to every single page admin and their actual content creators as their great new feature where you get to see "more of your friends" and what you love, but this is also the company that lied to your face about Netflix and Spotify being able to access your MESSAGES. And of course when it came to the admin side of my Facebook experience, their benevolent new algorithm accompanied a FULL COURT PRESS of trying to get us page Admins to buy advertising space and promote our pages with money.  (And of course as I geared up to move "the show" over to Tumblr, they pulled their own überdillhole move.)

Which is just to say that I've been trying to figure out how to figure out what "best" means when my numbers suddenly change (and wishing to hell that 90% of my livelihood was not based on the capricious whims of this god-forsaken site).  This is the best I came up with.

So without further ado, here are best three non-poll articles from the last three months that will go on to untold fame in The Best of W.A.W.

September
"Why Didn't You Report it At the Time?"
This is a rape culture script.
Narrative Distance
Point of view matters, but so does the narrative distance.
Your Fallacy is Showing
The bad arguments that surround social issues are exhausting.

October
The Buy-Me-Lunch Answer About My Gender
And you don't even have to buy me lunch!
9 Writerly Things No One's Going to Give You (But We All Need)
The exciting conclusion will be here on Friday
Broken Mirror (by Shadow)
A guest author speaks on representation of kink culture

November
Social Justice Fortune Cookies
Bite sized morsels of social justice!
Fake Geek Girl: Misogyny not Elitism
A rescue from another blog about why some of geek culture's gatekeeping is mislabeled as equal opportunity pretentiousness.
No. I'm Not Going to Beta Test Your Game
Another rescue from Ace of Geeks about "early access" games.
at December 19, 2018

Email ThisBlogThis!Share to TwitterShare to FacebookShare to Pinterest
Labels: A Writer's Life, Biz of Creative Writing, Facebook, The Best Of