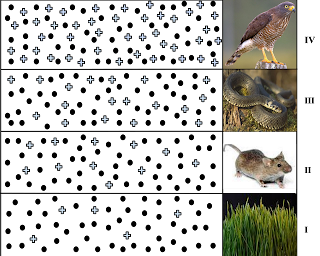 So when a hawk drops dead of pesticides or a tuna dies of mercury, it's not because they found a big ol bowl of pesticide or mercury and said "That looks fucking TASTY!"

The thing is, the animal at the apex of that food web did not INTEND to eat toxins. It didn't wake up thinking "I sure would love some fucking petroleum based pesticides on this fine afternoon!"  And if you could ask them about it, they would just say "Wait...poison? I never ate poison. All I ever ate was snakes." (And that would be true.)

Folks who care about social issues should probably invest in understanding this CONCEPT particularly in light of the active disinformation that is no doubt going to find fecund soil in misogyny, racism, homophobia and plenty of splash damage. It doesn't take one person actively, intentionally being hostile to a marginalized group to create a critically toxic environment of bigotry. They don't have to knowingly be partaking of misogyny or racism or transantagonism or homophobia or any other forms of bigotry to be getting a toxic dose every day.

The news doesn't just get beamed into your brain in fact form. It goes through multiple layers of filters first. A society with largely unexamined double standards, a media with a bottom line that runs stories it knows will sell just a LITTLE bit more, journalists who haven't examined the way they've always written about things and write just a LITTLE bit differently about certain groups than cis-het white men, a social media fueled by the content of friends and friends of friends––some of whom have some thoughts they don't talk about at parties. A few friends who are just a bit quiet in the face of bigotry, a little bit slower to decide some act of sexism or racism "counts," and a little quicker to tone police or demand nuance and empathy when systematic institutions are in play.

At each level there is bigotmagnification for what information ever even REACHES us. We're swimming in an ecosystem where we cannot consume anything that hasn't been tainted. We can gorge ourselves on a poisoned diet without ever intending to consume that toxicity if we don't question the sources and filter and refuse to consume the worst of it. And if we're not careful to filter and purify what we consume first, we will see the world through that double standard and walk out in the world magnifying it further, filled with poison, and filling the world with poison without ever intending it.

And just so you know, there are absolutely people knowingly, consciously, deliberately pouring poison into our watersheds.
at February 22, 2019