Internal Critics and Other Voices (Mailbox) [Part 1 of 3] 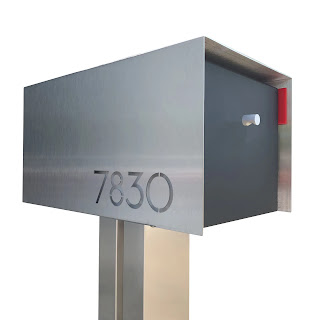 How do you deal with the internal critic?

[Remember, keep sending in your questions to chris.brecheen@gmail.com with the subject line "W.A.W. Mailbox" and I will answer one or two of them every week or so. I will use your first name ONLY, unless you tell me explicitly that you'd like me to use your full name or you would prefer to remain anonymous.  My comment policy also may mean one of your comments ends up in the mailbox. Hard AF questions may lead to multi-part answers.]

Confession: I think I deleted this question. I remember getting it, reading it, thinking that it would be good for the next mailbox, and saving it, but I can't find it anywhere. (Note: In case you're wondering, this is why I ask you to include certain words in the subject of emails you send me. So I can do a search of keywords and get them all in one place, not just so I know before I open it––although that is nice too.) So without remembering who asked the question, or PRECISELY what the question is, I'm going to wing it by memory.

Every time I sit down to write, it's like there are a million voices telling me that I can't do it or that something is stupid or that I will never make it as a writer. I am constantly finding the fault in what I just wrote and even self-loathing for writing it. I sit down and it's like suddenly there are two hours of these raging voices telling me I will never be good enough.

How do writers who make it deal with these voices?

They're like fucking zombies, H. Always go for the double-tap. It's the only way to be sure.

Sadly, I can't write a post that will give you self-confidence. If I could, I would not be struggling for the second year running to meet my "taxes and health insurance" Patreon goal. I would be bottling that shit and starting up art incubators, UBI, affordable housing, and literacy projects around Oakland with all the money people were throwing at me. But what I can do is unpack a few tricks I've seen over the years––some that work for me and others that I find absolutely useless (I could never make "visualizing success" not feel silly. Plus they always turn into threesome fantasies, which is probably not helpful).

I will try to kind of go down into the "root system" of these voices. But this is not, strictly speaking, an "easy peasy" subject to write about.

The important thing to understand is that I'm not giving you a checklist here. You don't want to go down the list doing one thing after the other. This is more like a beginner's toolbox (the one that has a dozen tools, a few different screwdrivers, and a couple of adjustable wrenches, but not everything you could possibly need). You may realize that what you need is slightly different (I need a jeweler's screwdriver). Or you may never use the "hammer" if nothing seems like a nail. Use what works and match the "tool" to the "job." That is to say that some of these are encouraging and some of them are hardass and some are almost technical. It's tough to know what's going to work, so be ready to throw some spaghetti at the wall. Encouragement won't work on cynicism. Hardass won't work on diffidence. Trying to establish a regimen won't work if what you're fundamentally struggling with is a need for store-bought chemicals (which is fine).

Thus before we stock your toolbox, though, we have to figure out what is fundamentally at work. So here's what I want you to do, H.


Listen to your voices.

One of the problems with our deepest and darkest anxieties is that we let them hang out in dark corners and imagine that they are huge and insurmountable. We listen with half an ear or try to distract ourselves or cover our (proverbial) ears and refuse to listen as soon as we realize that they are voices we don't like. When we only get part of the message, it becomes so easy to imagine that the rest is even worse. Sometimes we make fears and anxieties a hundred times worse by letting them live in shadowy corners where we can imagine they are so much worse and have so much more to say than we've ever even heard.

Let them get it all out. Hear them. Take notes if you want. The greatest power that internal critic voices have is that they get to yell the WORST possible triggers to all your vague anxieties without ever really being confronted. Unlike a person saying something similar, they are never confronted rationally or unpacked.

And here is where I MUST take a minute to step outside of the pure encouragement zone.


Is your inner critic being realistic?

Some of that shit might be true. As much as some people might think you never want to listen to those voices, your own inner critic might be flicking a cigarette dramatically and saying, "Here's the thing..."

If your inner critic thinks you can't quit your day job and live off the proceeds of your debut self-published novel and you come to me and say, "I just need to believe in myself!," I'm going to suck in a whole fucking lungful of breath between my teeth before I give you this like thirty-second "Yeeeeeeeeeeeeeaaaaaaaaaaaah...."  If your inner critic says that you need more than one rewrite/revision before your hundred-page NaNoWriMo novel (the first thing you've ever sat down and written in your life) is ready for publication on December 2nd, it is not the fact that your mom didn't hang enough of your art on the fridge that is causing your dreams to have some wind drag. If the inner critic says self-publishing after a couple of agent rejections might get you a physical book in your hand, but probably isn't going to sell beyond a few friends and family, then you're not just sabotaging yourself because in third grade the kids laughed at your spirograph art; you need to have some tough conversations with yourself. Maybe it is not your inner critic, but your inner fan telling you that "you're the best at books. No one in the world does books as good as you do" that you need to find a way to keep quiet. And maybe your inner critic isn't being a little stormcloud, but is Greek and named Cassandra, and you might want to listen.

Fundamentally, your little inner critic is you. It might be dressed up in goth clothes and shit in the corners of your brain, but it's you. And what inner-critic-you wants is to try to keep magical-rainbow-unicorn-you from getting hurt. You sometimes get a little too excited about being terrified of risk, and worry about how many Instagram followers will continue to love you (which is better to ignore), but you also warn yourself when you are legitimately in danger of making a fool of yourself (which is better to listen to). And in order to figure out how much of what is being said is valid and isn't, one has to listen. Trying to completely ignore inner voices with the ol, "Not listening. La la la la!" technique goes about as well with writing as it would any other aspect of your life. So give ear to those voices for a moment and see what they're saying.

You will probably discover that your inner critic comes from one of a few different "sub-species" of inner critic. (The bog critics get +2 vs. poison, but the mountain critics regenerate.) There may be others, but I've tried to include the big ones.

The voices, and what they say, in PART 2