Illness and Writing (Updates on Health and Writerly Musing) 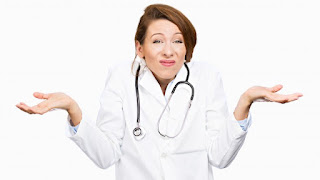 Once upon a time, Chris went to the dentist having not really done a good job flossing for something like the last three weeks. Some shit had come up in their life, and they fell out of good habits and they walked into that appointment with their tail tucked between their legs.

"What?" they said. "I flossed like eight times in the last three weeks. Scold me immediately!"

"It's about how you've been doing for the whole time, not during a small period."

What does this have to do with writing? My health issues? Cancer?

Writing is a lot like flossing. Life happens. Things come up. New love blooms. Suddenly you're embroiled in medical stuff, and being spit roasted (but by tubes with cameras and not in the fun way). You aren't as good about sitting down and writing (at the designated time and for a few hours) for days or a week or even a month.

But you have good habits. You learned to look for ways to make your writing time WORK instead of looking for excuses for why you couldn't. You do it a little instead of not at all during the troubled time, and when the stress passes, you're right back there doing it like you ever were. So you're maybe just a little rusty at putting in a full day instead of completely out of writing shape.

I will probably write this post over the course of a weekish (most posts take a couple of sessions—I rarely sit down and write a draft from beginning to end), but at this exact moment I'm writing this sentence from the chair in the infusion lab where I am having iron put directly into me intravenously. I'm looking at half a dozen folks here for what I'm almost certain is chemotherapy, and trying not to let my thoughts spiral too far along the path of "extremely rare reactions" . Maybe it'll be something easy.

The doctors appointments tend to stack pretty hard when you've got something going on. You see your primary care physician. They want you to see a couple of specialists. You consult with a specialist; they schedule a procedure. You consult with another specialist. They schedule two procedures, labs, and a follow up. Your primary care physician wants another appointment. One of the specialists finds something. You get moved from consult to procedures faster than you've ever seen the medical bureaucracy move. Suddenly every week is two or three or more appointments with a mountain of paperwork for each one, and you're losing days here and there to recovery times and weird appointments that don't fit well into your workday but were all they had.

I had a colonoscopy yesterday and they found something. Something big. At the moment I'm writing this paragraph, I'm waiting on the results of a biopsy—which basically means I'm waiting for someone to tell me if it's cancer*. I don't know when I'll find out, but it won't be tonight. Either way, it's big enough that I'm going to need surgery, so that consult has already been scheduled for tomorrow.

(Edit to add: I have since been told I do have cancer.)

That makes four appointments this week (along with another stack of intake paperwork)—to say nothing of the existential angst and difficulty being productive when one is grappling with the kind of news. I keep thinking I'm okay until I try to do something, and then I just sort of stare at it for ten or fifteen minutes and either break down crying before giving up to try again later, or finally manage to accomplish one thing every ten minutes or so.

I had hoped beyond hope that I would just need some iron, and they would send me on my merry way to get back into my writing schedule by next week. Now it seems I'm in this for a longer haul and as fast as they want to move, it could be pretty impactful in the coming weeks.

It's just WHAT I am.

So…let's get ready. For a while this blog might have a bunch of entries that are more like Writing About  Cancer. I may miss posts. I may not always be able to tie a day of being sick or miserably in pain from treatment into some kind of writer wisdom—or worse, I'll do it into the same old lesson of, "At least do SOMETHING." I may need to be in a painkiller haze for a few days after my operation and miss a few days or a week without so much as an apologetic peep. There are for sure going to be a couple more appeals posts than you might be used to, trying to help me put together the medical expenses that insurance couldn't cover.

But I'll keep writing. That's my commitment to you. No hiatus. No weeks off. No "I can't do this." I'll keep writing. In a drug-addled haze. From the infusion lab trying to calm rising anxiety. From waiting rooms and from my bed during recovery. Because I don't know how else to do.

And hopefully (since I've been "flossing" regularly), it'll still look pretty good in the end.

See that was a joke because it's in my colon…the "end"…nevermind.