Quick State of the Blog- July continues to be a red-letter month.  We've already passed June's numbers, and it's looking like July might be in the neighborhood of the best month ever.  I'm sitting down this weekend with my iPad in one hand and Vera in the other and trying to transfer some of my fiction by hand (since the great Microsoft/Dropbox debacle of 12 has ensured I can't just cut and paste).  Hopefully by next week some of my short fiction should be up as well as a few other changes as I make the last changes on the "ground floor."


Potpourri Given all the talk of Kindles this week, I thought I'd do a potpourri with the theme of the changing industry, self publishing, technology, and where we go from here. 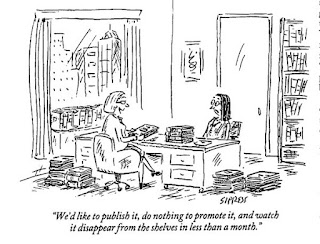 Here's a list of self published authors.  Some of the names on there might surprise you, and you you WILL recognize several.

Writers are necessary.  Publishers are not.  An article about legacy publishers (the big ones) and how they treat their authors, and what can be circumvented by self-publishing.

Here's a blogger who is, frankly, full of shit.  Self publishing costs nothing is a terrifying concept.  The idea that you can just run your book past an English teacher (and not pay them anything for their trouble) or get free editing off of twitter is terrifying.  This would lead to exactly the kind of horrifying train wreck that gives self-publishing an often deserved terrible reputation.  Anyone who wants to seriously pursue self-publishing should respect their work and themselves enough to hire an editor.  (At least a copy editor, but probably someone who can work on the higher order concerns as well.)

Here's a video on the pros and cons of self-publishing.  He actually hits on one thing that I think is huge in this presentation: "there is no respect for self published writers among traditionally published authors and publishers."   God, I really wish he would just talk and turn off that stupid drumbeat. 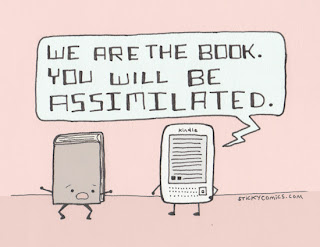 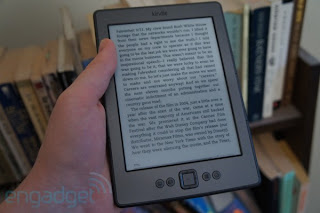 Here's a cool article about e-readers in the classroom.