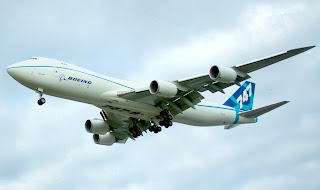 My friend Matthew (a writer big in the local community and reading scene) loves to post the scene below on his Facebook. I was reminded of it as I flew home from Texas. Last night, coming home, I chased a sunset--took off from Houston around 8:15, and landed in Oakland at just after 10.

When I think of magic, one of the things I think of is where we will be in a couple of generations, and what we'll be able to do then that we now can't even fully imagine. Things we don't even know we haven't considered yet. And I think backwards as well to people just a few generations ago who didn't really wrap their head around the technomancy we would be casting today. Like flying west in a tube of metal through the troposphere.

I watched the sun the whole time. I read a bit, but my eyes kept going back to the window and the horizon. Every one of those moments of magic, with the brilliant oranges, and violets, and vermillion smudges across the sky stretched out for hours and hours. And between our descent and deceleration, the last little pinprick of visible light slid under the horizon as we slipped back down through the clouds to the California coast.


I love HBO's version of Angels in America. I love the actors they cast--every one seems to have their role written for them instead of the other way around.  I love the long, stirring soliloquies. Marie Louise Parker is not the only big name who knocks it out of the park.  I love it's paradox of reverence and absurdity. But mostly I watch it when I am feeling particularly sideswiped by someone who says that fiction has to be realistic to truly impact our lives. Maybe they were particularly condescending or particularly harsh or particularly talking directly to me, but they got to me somehow about "what is art" or "what is worthy of fiction" and I worry that they might be right.

Then I pop this in the DVD, and I remember...magic isn't something you have to be afraid of when you write. Tropes and cliches, certainly. Plot over character, maybe. But not magic and mystery and angels and all manner of unrealistic stuff that they say dilutes the impact of "real" fiction. Because this movie will hit you where you live in a dozen socially relevant places all at once rip your heart out and leave you broken, and then...when you have nothing left to give, it restores your faith.

And it will have ghosts and angels and prophets and magic the whole time and never once apologize for any of it.
at July 03, 2012