The Results of The Best SciFi/Fantasy Series Poll are now up. 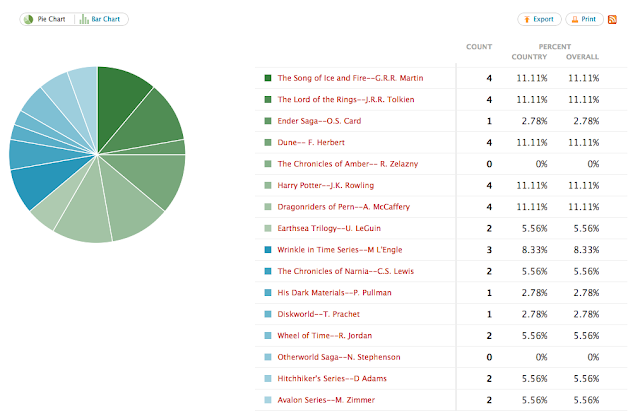 However there were SO many write in suggestions that I'll be running another "semi-finals" poll in December (that will go up on Tuesday).  Be sure to vote on that one too.  The best performers on that and this poll will go on to a finals round in January.

Winners of this poll are: