Serious for a Moment: A Humble Reminder About Supporting Artists 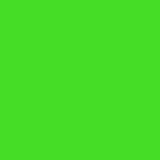 At the moment of this writing, recent rash of neon green Facebook icons has become a ubiquitous sight. These icons are intended to raise the awareness of the company, Rhythm and Hues, that did the visual effects for Life of Pi, which won the Oscar for Best Visual Effects. Rhythm and Hues just filed chapter eleven and laid off lots of workers due in large part to the business model of Hollywood. The fact that an FX company can win an academy award at the same time it's going out of business has rung out like a klaxon of warning to other artists. They know that it's a complicated subject and that unless movie goers want to pay $20.00 a ticket, there won't just be "raises all around," but they also know that when people are coming to see their art, but they are out of a job while the studios and theaters are doing better than ever, something has gone very, very wrong.

[And no, the solution isn't to pirate the movie. Dill-holes claiming they are stealing to fight the power is a rationalization people make when they want to feel better about being thieves (and it's as old and unoriginal a justification as theft itself).  When you steal a dollar from a billionaire and a guy living from paycheck to paycheck at the same time, guess which is the one you actually screw over?]

Artists are well aware that they are taken advantage of and sometimes outright exploited by the industries that make money from their efforts. The problem is their irritating and persistent need to eat, have shelter and health care, and sometimes buy clothing means that they tend to have little choice. In the past it was these industries that provided a service to the artist in the way of distribution, publicity, and legal protection, but now it is viewed as the other way around--the artist is providing the service to an industry that really only serves itself. Movies, recording, and yes...even publishing have all had the same shift.  The internet has presented artists of all types with some options for exposure, but it turns out that making a living is still pretty tough.  So a lot of artists go get "real" jobs and a lot of consumers wonder why they can't find any art or entertainment that really takes a chance.

Well, what happens to these artists is really up to you, the consumer of the art.

If you support the artist, (and that might actually mean something a little more than a few kind words) you not only keep someone working on their art instead of in a cubicle (and then you get to enjoy what they create), but you also give EVERY ARTIST leverage when dealing with the industries that would exploit them. If big industries like movie studios, recording labels, and publishing houses know that a disgruntled artist can make money without them, they'll have no choice but to treat them better. You can literally change the trends within the industry by supporting independent artists.

You don't have to boycott the big budget mainstream stuff (Lord Knows I'll probably dress up as Hawkeye for Avengers II), but just don't forget the struggling independent artists either. They're the ones that are less likely to charge you "at the door" to see their art, but you still have to support the artist if you want to go on seeing it.

Now I know I'm no Academy Award winner. The best I can hope for is that I'm not enraging some inter-dimensional aliens with how bad my writing is. But, because it's absolutely free to read, the future of Writing About Writing is entirely in your hands. The worst thing you have to endure is that every couple of months, I'll make a post like this one telling people how they can help.
Which of these things happens is up to the readers.

Writing About Writing is the product of hours and hours and hours of effort.  Four and six hours a day are completely normal for me and some days go as long as eight or more.  Even "light" days generally involve an hour or two. So right now W.A.W. is a 35-40 hour a week commitment--or basically a full time job.

However, I make almost no money, as you can see.  A few cents a day punctuated by the occasional good day or small PayPal donation is really as good as it gets. [ETA- A tiny handful of regular donors have upped this to a few dollars a day.] It breaks down to about 20 [$1] cents an hour right now.


Online art in general (writing in particular, and W.A.W. specifically,) are labors of love, and many of us are going to keep doing them even if we never make a penny, but the question of whether it's a sideline hobby or my day job is influenced by the fans and followers of that artist.

Here are some ways you can affect the outcome:

But I know the economy is crap, and not everyone has money to fling at arts and entertainment.  I don't even give the musician at BART my pocket change unless they are off the hook.  (The guy at 24th with the Casio keyboard....no way.) So here are some non-expense-incurring things you can do.

Any of these steps is hugely helpful, and will influence the future of Writing About Writing, and to a lesser degree the future of art and artists. Basically....

Thank you all so much for all your support so far.  I prefer to have a post like this once every couple of months, laying out how you can support me, than to repeat it like a broken record with every article in a way that fades into the background noise. I know it can be a little tiresome, so I thank you for your patience and any support you may give.