The Mailbox: 3 Oddly Specific Questions (Why I Hate Harry Potter, The Hours I Put In, and That Write Everyday Chart) 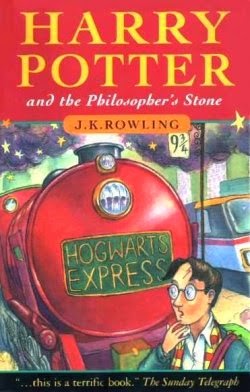 Why do I Hate Harry Potter? What are my "three jobs" and what are the hours I put in? Where can I find that chart about writers who write every day vs. those who don't?

[Remember, keep sending in your questions to chris.brecheen@gmail.com with the subject line "W.A.W. Mailbox" and I will answer them each Thursday as long as I have enough to do.  I will use your first name ONLY unless you tell me explicitly that you'd like me to use your full name or you would prefer to remain anonymous.  My comment policy also may mean one of your comments ends up in the mailbox.  Any question covered even obliquely by the subjects in the sub-title of this journal is fair game (prose, linguistics, craft, art, etc...).]

I'm looking for a chart that I remember seeing where you compared people who say to write every day with people who say it's not important, but I don't remember where it was. Help?

Sure! The entry was another Mailbox called Writing Every Day. It's probably worth me retooling into its own entry. It kind of seems buried there in the mailbox and it is actually something I think is pretty important. Just don't forget that this chart is not at all scientific or even particularly well-researched.


*F. Scott Fitzgerald (who was kind of a jerk and probably not a good writer to emulate)

What are your three jobs? I know one is writing, but what are the other two? And how much time do you spend on each--especially on writing?

I have the charming benefit of working three jobs--none of which society truly acknowledges or validates as "real." So even when I put in seventy hours a week or more without having a day off, I can look forward to people assuming I'm able to drop everything to deal with their crap, or saying things like "yeah, but you basically don't work, right?"

I work ten hours a week teaching second language and developmental English--technically I run an hour of study group each week and am a glorified T.A. during the class, but it's fun, scratches an itch, and gives me a reason to put on pants. In theory, this job includes commute time, but I actually enjoy stretching my legs to walk to the BART station, and the time BART and bus give me to read and meditate on life, the infinity of the cosmos.

I am also a househusband. My roommates and my family are the same people. They hate cleaning--I don't mind it, and I love the flexibility of schedule and the killer commute of "down the stairs." Also it affords me an opportunity to not put on pants. That job is much more fluid, usually taking between 25 and 40 hours in a given week (and on rare occasions a little more or less). Yes, I get to put on the TV while I work but if anyone thinks it's happy fun time, they're welcome to come oil my banister.

And of course, I write. I write six or seven days a week, depending on whether it's Supportive or Unsupportive Girlfriend who will be claiming Tuesday's date that week. (These days I write at least SOMETHING every day.) Writing is sometimes three horrific hours of angst, rage, and flinging myself down stairwells just because the flaring white-hot sheet of pain that I experience when bones crack sometimes accompanies a small flash of inspiration and months of traction and physical therapy is totally worth pushing through rough patches. Sometimes it is ten or twelve hours of smooth fluid rapture that I only end when the stabbing hunger pains actually cause me to waver in and out of consciousness. On average though, it seems to work out to about 30-45 hours a week, very loosely in the neighborhood of five hours a day.

So all in all I actually probably work more than the average Joe. My low end weeks get pretty close to 65 or 70 hours. Which is probably why I really, truly, completely enjoy people asking me what I'm going to be doing with my life once the gravy train pulls out of the station, and I don't in any way want to take something I can barely lift with my own strength and jam it into their eye socket.

Why do you hate Harry Potter?

I don't hate Harry Potter at all. Rowling is a good world builder and has fun characters. And even though I think there was a little bit of Stockholme syndrome by the end of the series--that is to say we never would have put up with the writing quality long chunks of boring camping, and stupid shoehorned romantic resolutions if we hadn't been DYING to know what happens to the people we'd grown to love--the overall story arc was enjoyable and had several satisfying crunches.

J.K. Rowling, joins other authors like Stephen King, Stephanie Meyers, or Dan Brown in being so hugely successful that they become the focus of a lot of scrutiny. When authors of such scrutiny write well, there is less to be said about them. (People aren't nearly as harsh about Phillip Pullman because there's much, much less to be harsh about.) But if you want to make a point about bad writing, an example most people have read and a writer that everyone knows good way to do it. And if you do take a shot at a popular artist, you will get a lot of attention for doing so. So when very popular artists like Dan Brown or J.K. Rowling have a prose quality that is non-Shakespearian, there will be a lot of criticism about it. They don't hear a lot about it because they're especially bad. They hear a lot about it because no one can believe they made a gagillion dollars. Dennis McKiernan also has a problematic prose and spent the entirety of an omnibus published sixteen years after the original with his characters STILL running around having their interest "peaked"[sic] by everything. The reason there isn't a www.dennismckiernancantwrite.com is related to the fact that I've only met one other person who has ever read the Iron Tower Trilogy.

I put down Harry Potter in the fifth book because of the writing. Rowling wasn't being edited as harshly by then, and more and more troublesome writing was creeping in.  I remember the exact line that made me stop reading. Rowling was describing a dementor being tossed and used "The thing flipped over...." (or something like that), which is a pretty goofball mistake in describing action (you shouldn't use words like "stuff" and "thing" and "junk" and unclear words unless it's unclear what something is to the focalizer character; once you've established what something is, you should use concrete imagery). It was on the heels of several other mistakes like it, and I just wasn't interested in reading anymore. But I didn't hate it. I just thought it wasn't well written. By then they had made the sixth movie, and I knew that the parts of the Harry Potter universe that I found compelling (the characters, the world, and the overall arc) I would be able to enjoy simply by watching the films instead of reading the books. But I love the writing style back in the earlier books (I've read the Philosopher's Stone [or Sorcerers in the US] four or five times)--and the movies are brilliant.

I will always regard the quintessential story about Rowling's prose to be the moments leading up to the release of Deathly Hallows. A PDF was leaked onto on the internet, and people did NOT know if it was actually Deathly Hallows or some fairly mediocre fanfic. (It turned out to be the real deal.) The fact that even Rowling's fans couldn't tell the difference between fanfic and Rowling was very telling to me.  Somewhere between her wanting to be done with Hogwarts, the publisher's haste to get their next cash cow to print, and her editors' not wanting to censor her, the quality of writing dropped with each book after the third.

Being a critic is easy though. The tougher job is actually creating something.

Rowling wrote a seven book arc that (rightly) is credited as bringing back reading to a generation of late 90's kids and she sold more copies in ONE SECOND from 12:00:00 to 12:00:01 of any of her last four Harry Potter books than most published authors will in their ENTIRE LIVES. She has made more money than the QUEEN OF ENGLAND from Harry Potter (and gives just unbelievable gobs of it away to charity, as if just making it weren't awesome enough). To say she can't write or isn't a writer or is a shitty writer or something is just the pinnacle of hubris, condescension, and (frankly) absurdity on the part of some serious fucking snobs. Perfect, she ain't, but that woman can fucking WRITE.

It just goes to show you that there are many skills that go into writing, and success doesn't come from developing the ones some crusty professors in an ivory tower tell you are the most important. Storytelling, large arcs, world building, and goofy, overdone characters have sold something like 350,000,000 books whereas most of those professors are pretty hotdamned excited if they get picked up by a literary review with 2,500 circulation.
at February 14, 2013