The Mailbox: Scraping the Bottom of the Barrel 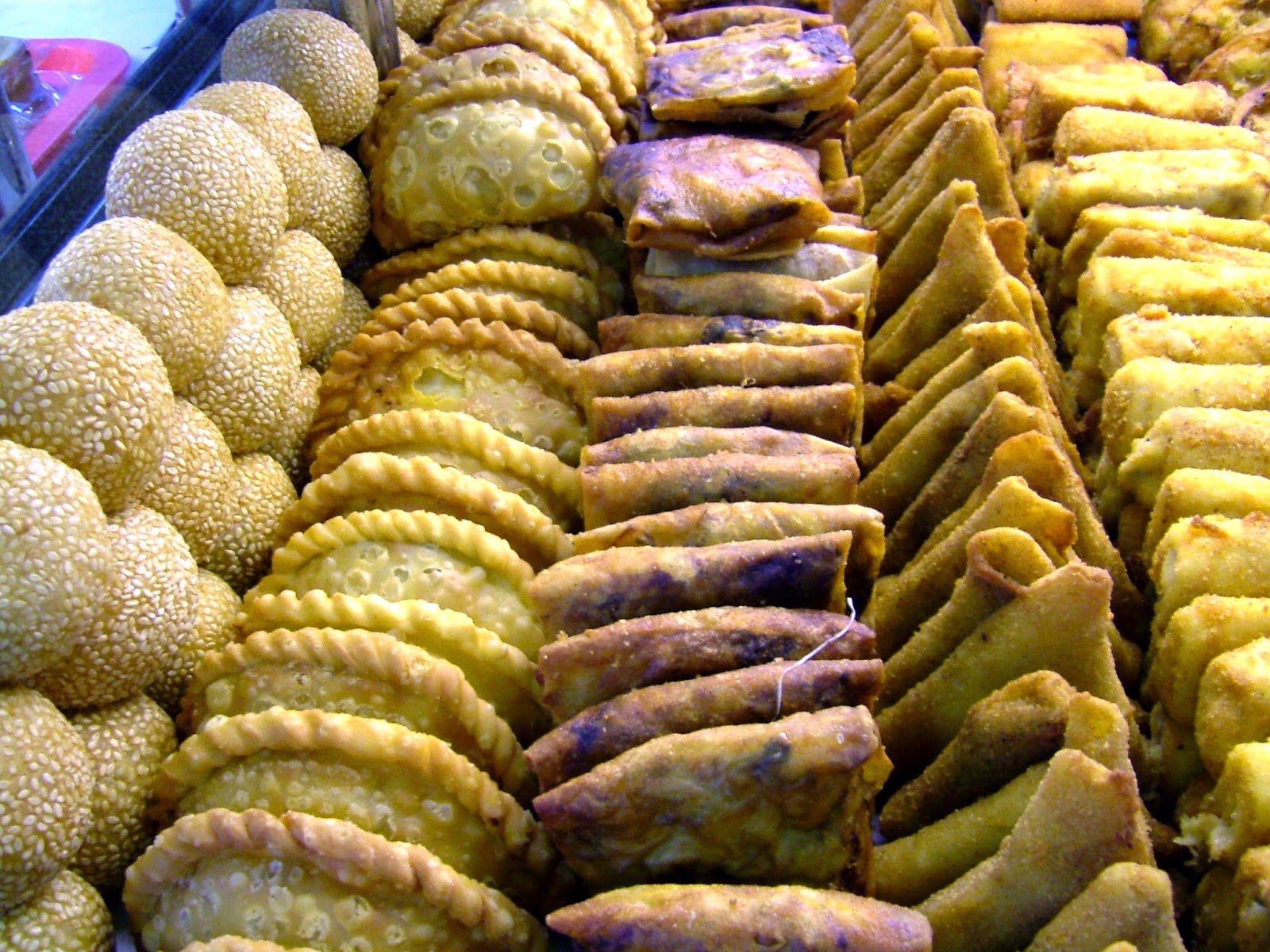 My favorite snack food? Words that start with A and end in E. Writing every day (again). Special pens.

[Remember, keep sending in your questions to chris.brecheen@gmail.com with the subject line "W.A.W. Mailbox" and I will answer them each Thursday as long as I have enough to do.  I will use your first name ONLY unless you tell me explicitly that you'd like me to use your full name or you would prefer to remain anonymous.  My comment policy also may mean one of your comments ends up in the mailbox.  If you send good questions, I don't have to answer as many of the um...less...awesome ones.]

So this is what happens when people don't send me real questions.  I'm down to the last few questions from some random sources.  Please send me your questions.  (Actually I already have a good one for next week, but it landed too late to help me today.)

What is your favorite snack food?  I mean if you only had to eat one thing for all of time, what would it be?

Am I immortal in this scenario?  Because I can't imagine any food I would want to eat for all of time.

Questions like this always make me think of how quickly I would die on a diet with zero variety. Like...if I ate nothing but Tim Tams or Somoas (even though I love them so), I'd probably die within a month from scurvy or something, but if I ate fruit salad with some kind of dairy whipped mix, I might hang on for a year or so.  So I'd go with that.  If I could pick some kind of "perfect food health bar" that had everything I needed, I would pick that, so that I could hang on a year or two before going mad.

And if the realities of health and fitness were not in effect, I think I would like to eat nothing but Double Western Bacon Cheeseburgers from Carl's Junior made (somehow) into a Zachary's pizza.  But that's only if I wouldn't gain weight or really even have to deal with digestion.  I gave these up years ago (except for very rare treats) for more pragmatic reasons.  These days my "favorite" snack foods acknowledge certain unpleasant realities without which I would probably eat other things.  Unfortunately, I'm past the age where my body is a garbage disposal, and each Double Western Bacon Cheeseburger that I thoroughly enjoy these days is then mirrored by an equal and opposite horrific experience a few hours later, the details of which I will leave up to your imagination.

I saw this on Facebook and I wondered: can you name a word that starts with an A and ends with E, but isn't ARE?  It's harder than you think.  How many can you think of?

Yes I can.  And more to the point, so can anybody else.  It's NOT harder than you think.  It's stupid, ridiculous, easy.   THERE ARE THOUSANDS OF THESE WORDS.  Thousands.  I can think of hundreds of them without even slowing down, but I'm likely to get bored before I stop being able to think of more.

When I get bored, the cats end up regretting it.  They don't like the little hoop skirts I put them in or the tea parties I make them have. 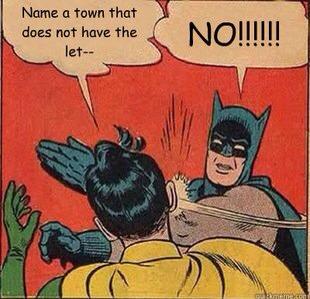 These fucking memes are the latest in a long line of Facebook traffic scams designed to make a page look more active than it really is for the purpose of making money.  (It's the same thing as those memes that tell people they "won't have the guts to share" or that talk about culture war issues with "Like if you agree.  Comment if you disagree.  Share if you find this interesting"or whatever.)  Someone starts a page, generates a couple of these memes that challenge people's ego make people feel smart by saying that it is hard, even though practically any human being who has the intelligence of a gibbon could do the same thing.

Let me tell you, if it seems like it was written to get your goat, it probably was.

So then, when thousands of people have replied and shared and commented, they can point to the success of the page as an indicator of how much it's worth.  "Look.  My page has thousands of people talking about it!  It's the hoppingest joint in Hopville"  Then they sell it to someone who thinks "With this page, I will be the bell of the ball!  It must be mine."

It's worth noting just how valuable online attention can be.  Yesterday I made my bimonthly appeal, and someone asked me if sharing my posts could ever possibly be worth more money than five or ten dollars.  Well, obviously it could if you can make money on Facebook just by stirring up some bullshit, cajoling people into seeming to be interested in your bullshit, and then selling your bullshit to someone before it stops steaming.

So you think that no one is a real writer unless they write every day?

No, I just think they're going to have a hard time making writing into a career.   I don't mess with judging "real writers" and "not real writers."  If someone writes, they're a real writer.  I leave the label-others judgements to lesser people with more time on their hands for that sort of nonsense.  But just like you don't get a lot of powerhouse attorneys who work one day a week, major league baseball players who leave practice when it starts to "feel like work," or rich doctors who don't go to work during their residency or internships because working that much "sucked all the joy out of being a healer," you also probably aren't going to find too many successful writers who don't suit up and show up and work hard.  Lots of people write who don't write every day, some are even published, but not too many of them don't have a day job.

Lots of writers actually do have special pens and stuff.  It's really not bad advice to get one.

Lots of writers also write twice a month and are depressed that a book deal hasn't fallen in their laps.  In fact, just statistically speaking, doing something because "lots of writers" do it will lead to making no money and never being published.   I tend to ignore the "masses" of writers and pay much more attention to the successful ones.  And when there is a trend like "the more successful a writer is, the more likely they are to think X" I pay REAL close attention.

That's why I warn new writers about NaNoWriMo, and that's why I say write every day.  I know "lots" of writers disagree with me, but pay close attention to which ones agree and which ones don't and my advice will make a lot more sense.

When it comes to writing, you can have any affectation you want, and if it helps you to write, you should engage in any kind of magic that helps you be a better writer--even if you know it's just a veneer.  The trouble comes when a writer doesn't write because they lack their special pen or chair or situation, or they postpone getting started on their work because everything isn't perfect.

I have a Macair, a special chair, a ritual, a time of the day I write the best, and you will pretty much always find me sucking down something with caffeine in it.  I am a walking writer cliche.  I don't think of myself as a pretentious n00b (okay that's a lie--I totally do--but let's pretend the imposter syndrome took a break for a day).  I don't think that because when I DIDN'T have a Macbook, I was still writing anyway.   When I couldn't write at that special time because my roommate, Thunderhoof, pretty much saw to it that I was up by eight AM, I kept writing anyway.  When my old laptop broke, I went into the computer lab of the library and kept writing anyway.  And when I couldn't access my old writing on Dropbox because the MS files on my PC couldn't read it, I started something new and KEPT. WRITING. ANYWAY.

Are you feeling the motif here?

Also...not to put too fine a point on it but I think the number of people who buy special chairs, special folders, special pens and then write two or three times is probably pretty comparable to people who buy special running shoes matching sweatsuits, and little wristbands that take their pulse and tell them how many calories they've burned and then end up jogging twice.  If someone who has gone the distance has a special pen, I'm a lot less "SNERK"y about it than those who feel like that's what's holding them back from getting going.

Rock on with your special pen. Just rock on without it too.
at February 28, 2013