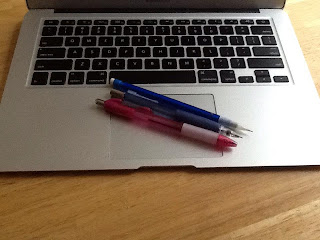 Here's a prompt I've seen and done in several times and places.  Remember, don't forget to have fun.

So if you've been poking around the internet for any length of timet some point or another you've probably stumbled upon a contest of worst opening lines for novels or some variation.  There are annual contests that are easily Google-able if you want more.  They're always good for a yuk or two.

A first sentence has to grab your reader.  It has to tease them.  I has to hook them.  They have to wonder more than anything what's going to happen in the second sentence.

A good first sentence will be remembered forever, will instantly set the tone of your story, and will leave the reader with an important question that they must keep reading to answer.

Look at some of these great first sentences:

It's not a bad exercise when you're looking for a new project to simply try writing first sentences until one of them intrigues even you so much that it demands you write a second.