The Book Was SO Much Better (Your Absolutely, No-Shit Last Chance to Nominate or Second) 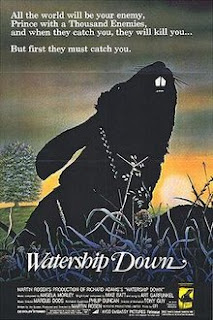 What book was not just better than the movie, but SO MUCH BETTER. The MOST better-er book (than the movie) you can think of?

[Note: Comments left on FB will not affect our poll.]

Usually I wait until my nomination posts have died down and then tally it all up and run my poll.

This nomination poll hasn't died down.

So at high noon tomorrow, I will be closing the nominations and starting to tally up which 8-24 titles will be going on to the polls. (Either one poll or semi-finals and a final, but not fifty thousand elimination rounds.) Noon!  No matter what. Absolutely, posifuckingtively high noon.


I mean there is a small chance that I'll be moving my car EXACTLY at noon, and then I'll close the nominations when I get back like two minutes later. Or if I'm eating lunch, I might finish up–I got this eggplant parmesan thing from Trader Joe's that is really tasty. Or if I have started an episode of Daredevil because I'm almost done with the first season. Also, I might be napping. But very close to the area around noon, this is happening.

The directions are there.

The current nominations are there.

The seconds are there.

You should put your nominations and seconds there.